The Good Man Jesus and the Scoundrel Christ by Philip Pullman
My rating: 5 of 5 stars

Amazon.in Page
Pullman tells the story of Jesus’s life from manger birth to the birth of the religion that flowed from Jesus’s crucifixion, with two major deviations from the gospel accounts. First, in this book, Mary gave birth to twins: one healthy, disciplined, and charismatic [Jesus] and one stunted, bookish, and with grand designs [Christ.] Second, the book tells the story in a way which requires no miracles or magic.

The reason for complicating the story with twins is to be able to split apart two confounding entities. Jesus represents the traveling preacher that most people find appealing and admirable. He’s compassionate, non-judgmental, simple (in the sense of eschewing wealth and glory,) and is a great storyteller. Christ represents the path that Christianity would come follow — one of billionaire evangelists, manipulative missionaries, and the Spanish inquisition – as well as, less intentionally, the Crusades, witch hunts, and pedophilic priests. That said, “scoundrel” status is only realized at the story’s end when Christ plays the Biblical role of Judas. Even then, Christ is conflicted and thinks he’s acting in accord with the directions of an angel.

While most of the events described will be familiar (in some form) to those acquainted with the New Testament stories, there’s an ongoing sub-plot between Christ and “the stranger,” a mysterious character who has an interest in seeing Christianity blossom, if in its imperfect form.

This book is part of a series on mythology called the Canongate Myth Series that features numerous renowned authors.

I found this take on Jesus’s story to be compelling and thought-provoking. I’d highly recommend it, except for those who take their Bible stories very literally and get riled by such writings.

He played his way to the underworld,
capturing every ear.
Even the gods couldn’t move to fight,
but stood stock still to hear.

The musician made his merry way
to the throne of the gods.
And boldly made a petition
that defied rules and odds.

Ye, gods! There’s been a huge mistake.
My wife, she died too soon.
If you’ll let us go on our way
I’ll play THE most dulcet tune.

The gods conferred and reached a verdict:
“If our terms are heeded
and your tune is dreamy enough,
she Will be conceded.”

Tuning his lyre, the artist asked,
“May I, Now, hear the terms?”
“Lead her above — without a peek,
or t’s back to food for worms.”

The dulcet tune was as he claimed,
and Two had leave to go.
From Styx out to the burning sun,
he itched, her place, to know.

When almost out, he heard a thud
and his name feebly called.
He stayed true to the gods’ strict terms,
as her blood puddle sprawled.

As she was retaking bodily form,
she’d tripped upon a rock.
Maybe direct pressure on the wound
and she’d not bled into Shock.

So if god or man makes you a deal
contingent on ignorance,
you might think twice before taking
up residence inside that fence. 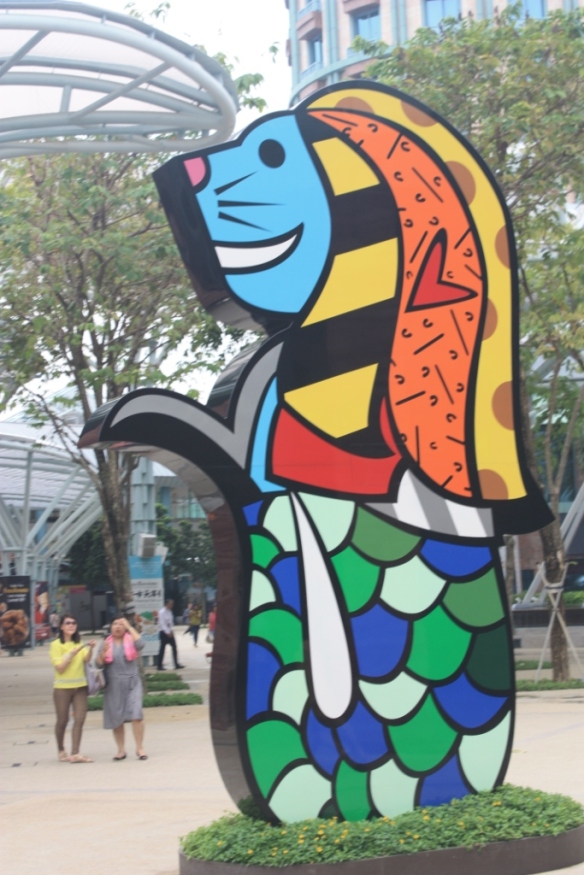 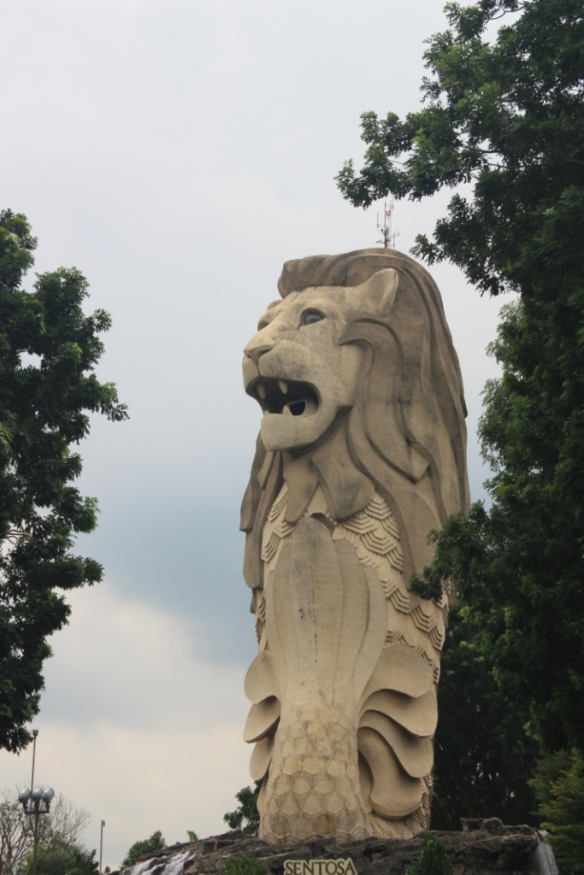 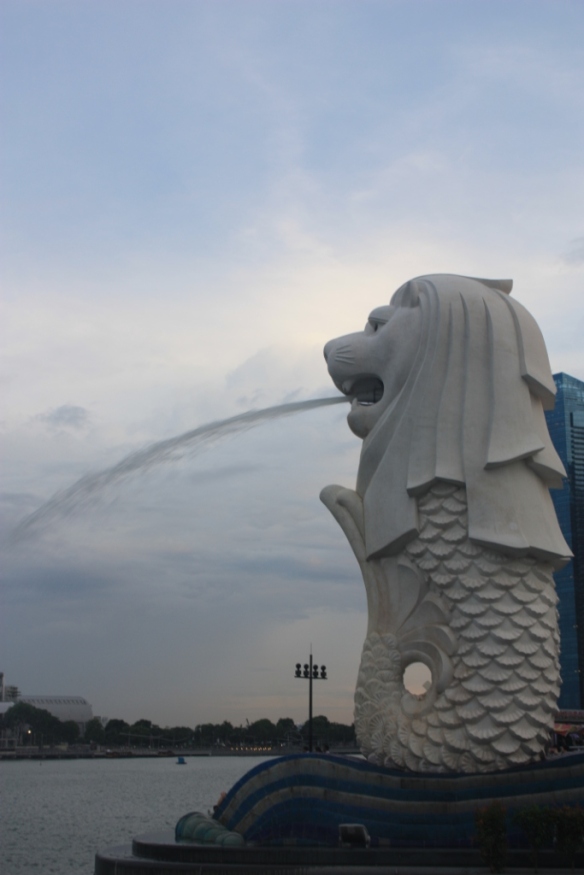 Taken in October of 2016 in Singapore

6.) Thor & Loki in the Land of Giants (Norse): There’s no shame in putting a mere dent in the impossible.

5.) Rama & Sita (Hindu / from the Ramayana): Careful with your assumptions. You may end up looking like a jerk even if you’ve proven yourself generally virtuous.

4.) Anansi the Trickster (Ghanan / Akan): Don’t do favors for tricksters.

3.) Arachne the Weaver (Greek): Don’t be arrogant, even if you’re the best.

1.) White Buffalo Calf Woman (Native American / Lakotan): Don’t let your lust get away from you and be careful in your assumptions. 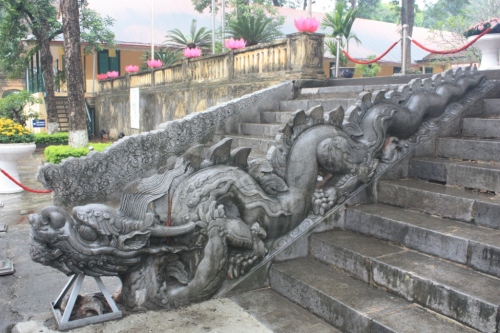 Taken in December of 2015 in Hanoi 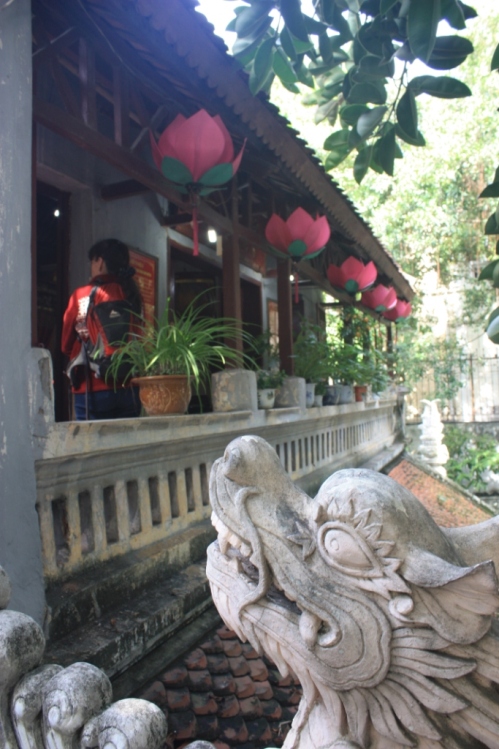 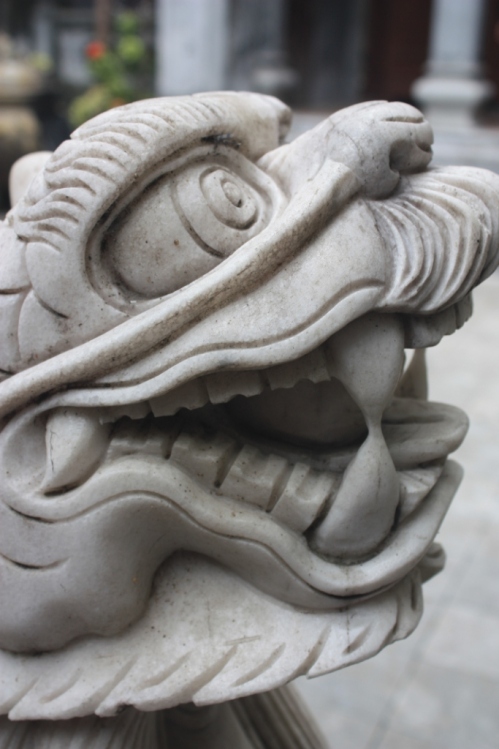 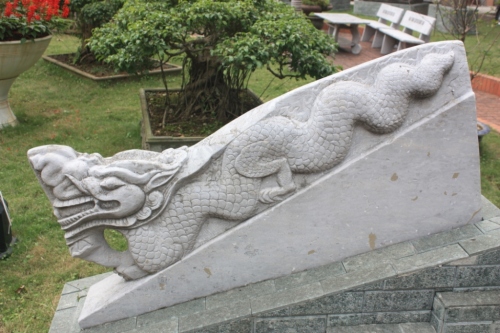 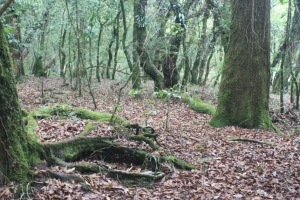 In a sacred forest

who owned a sword

This was no hacking

but made of metal

To borrow the blade

in its boastful brags.

So the critter devised

in order to bridge

It needed to climb

from Earth to the sky

because it had no

wings with which to fly.

But it wasn’t just wings

It had only one item

to be skyward stacked.

So it piled its poop

as high as it could,

from the base of a tree

past the top of the woods.

Stacking and piling, the

When a thunder crack

would reclaim the sword

that Lightening had come

to so ardently adore.

Down fell the Rodent

to a pile of fried dung

that had once been its

steps and its ladder rungs.

You may think that

Lightening got its way.

But the Rodent piles

its poop to this very day.

Rodent’s sword will be 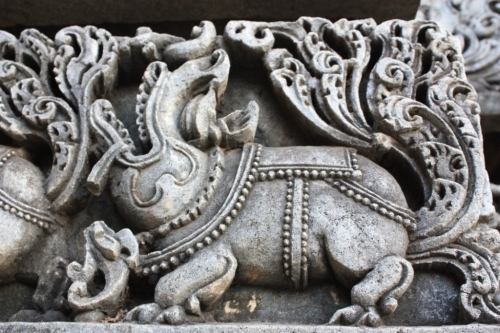 Hands of a surgeon,
Fins of a sturgeon…

Wait, no… that’s not right.

Let me admit that I have no gift
for mythical fliers that get lift.
One can’t just throw wings on a rat.

Of course you can, we call it a bat!

One can’t draw wings on a whale,
and through the sky expect it sail.

How did the likes of primitive man
create the myth of a flying orangutan?

They did no such thing.

Fair enough, then answer me this:

Who came up with ogres that eat babies?
Does a crescent-moon werewolf give you rabies?
Who first saw a spiraling dragon,
and how many drops remained in his flagon?
From whence came the fearless griffin
body of a lion and the head of a… chicken?
If by her shrill scream you know a banshee,
how’d you know it’s not any old woman she?
In how many beds are succubi layin’
in which the occupant ain’t already strayin’?
Leprechaun stories come from notorious drinkers,
and Gorgons and Sirens from a culture of thinkers.
My deficit, it seems, is as aligns with my fears.
Quick, get me a stack of books and a case of beers.