There have been many poets and authors who — for various reasons — never attracted a fandom while alive, but who came to be considered among the greats of literature in death. Here are a few examples whose stories I find particularly intriguing.

5.) William Blake: Blake sold fewer than 30 copies of his poetic masterpiece Songs of Innocence and Experience while alive. He was known to rub people the wrong way and didn’t fit in to society well. He was widely considered insane, but at a minimum he was not much for falling in with societal norms. (He probably was insane, but cutting against the grain of societal expectations has historically often been mistaken for insanity.)  While he was a religious man (mystically inclined,) he’s also said to have been an early proponent of the free love movement. His views, which today might be called progressive, probably didn’t help him gain a following.


4.) Mikhail Bulgakov: Not only was Bulgakov’s brilliant novel, The Master & Margarita, banned during his lifetime, he had a number of his plays banned as well. What I found most intriguing about his story is that the ballsy author personally wrote Stalin and asked the dictator to allow him emigrate since the Soviet Union couldn’t find use for him as a writer. And he lived to tell about it (though he didn’t leave but did get a small job writing for a little theater.) Clearly, Stalin was a fan — even though the ruler wouldn’t let Bulgakov’s best work see the light of day.


3.) John Kennedy Toole: After accumulating rejections for his hilarious (and posthumously Pulitzer Prize-winning) novel, A Confederacy of Dunces, Toole committed suicide. After his death, Toole’s mother shopped the draft around and brow-beat Walker Percy into reading it, which ultimately resulted in it being published.

2.) Emily Dickinson: Fewer than 12 of Dickinson’s 1800+ poems were published during her lifetime. Dickinson is the quintessential hermitic artist. Not only wasn’t she out publicizing her work, she didn’t particularly care to see those who came to visit her.


1.) Franz Kafka: Kafka left his unpublished novels The Trial, The Castle, and Amerika, as well as other works in a trunk, and told his good friend Max Brod to burn it all. Fortunately (or unfortunately, depending upon your definition of a good friend), Brod ignored the instruction and the works were posthumously published.


In brief summary, here are the five ways to become a posthumous god of literature:

4.) Live under an authoritarian regime.

3.) Handle rejection poorly, lack patience, and / or fail to get help.

1.) Wink at the end of the sentence when you tell your best friend to burn all your work.

box of virtue, or box of sin
which one does this act go in?
and why put each one in a box?
to sell the sins down by the docks?

Blake the madman, Blake the pious
the difference reflects your bias
wedging each act into a crate
dilutes the evil and the great
all so the vain can extricate
themselves above the ones they hate

William Blake: A Selection of Poems and Letters by Jacob Bronowski
My rating: 5 of 5 stars

This is a selection of poems and letters by William Blake. The poetry includes several of Blake’s collections in their entirety, including: “Songs of Innocence,” “Songs of Experience,” “The Everlasting Gospel,” “The Book of Thel,” “The Marriage of Heaven and Hell,” “America,” and “The Song of Los.” Additionally, it includes selections from Blake’s “Poetical Sketches 1783,” “MSS c. 1793,” “MSS c. 1803,” “MSS c. 1810,” “The Four Zoas,” “Milton,” “Jerusalem,” and “The Gates of Paradise.”

This selection gives the reader all of Blake’s most well-known and beloved works in the form of “The Songs of Innocence and Experience” and “The Marriage of Heaven and Hell.” The former presenting the short and lyrical poems such as: “The Lamb,” “The Little Black Boy,” “The Tyger,” and “A Little Boy Lost.” The latter best voicing Blake’s philosophy, which was spiritual but yet ran afoul of the zeitgeist by rejecting the morality of the day – particularly as regards sexuality and relationships. In truth, Blake was considered a madman by many of his contemporaries. At this point, it’s hard to know the degree to which he was truly insane versus just in conflict with the prevailing mode of thought. I’ve read that Blake’s biographies (particularly Chesterton) heavily overplays the insanity angle. It should be noted that Blake was also a painter, and his images – which are in some cases nightmare fodder – probably helped establish his lunatic status. Still, his poetry reads much less objectionably to the modern ear [possibly why Blake was one of those poets who was not well-known or well-read during his lifetime, but rather gained a major following after he was deceased.]

Most of the works that are merely sampled from are collectively called “Blake’s prophetic works” – e.g. “The Four Zoas,” “Milton,” and “Jerusalem.” These are epic poems expressing a mythology developed by Blake. For most readers, sampling these works will prove sufficient. The prophetic works involve many characters and an unfamiliar mythological base (i.e. as opposed to reading Norse or Greek mythology for which the educated reader likely has some helpful background.) In their day, the prophetic works were considered nonsensical, but more recent scholars and reviewers tend to look upon these poems in a kindlier fashion. At any rate, the select chapters aren’t enough to give the reader a flow of the story, but rather merely a taste of the language and tone of the works.

The letters number fewer than twenty, and include thank you notes and explanations of the drama going on in Blake’s life at the time. Ordinarily, I would consider the inclusion of these documents mere padding, but I’m more fascinated by Blake as a person than I am many other poets and so the letters do shed a little light on Blake as a man. Still, because one is only getting snippets of information and all from Blake’s side, the insight offered by the letters is quite limited. In my opinion, the editor should have either left the letters out or heavily footnoted them to provide background context to make sense out of them.

I’d recommend this book. I think the editor’s selection strikes the right balance in excerpting the prophetic works. I think most readers can skip the letters, unless one has a major fascination with Blake.

If I was as Mad as Poe,
could I summon the Raven?

If I was as radical as Blake,
could I build myself a tyger?

If I was as shut-in as Dickinson
could I be Nobody, too?

If I was as doomed as Radnóti,
could I pen my elegy on a death march? 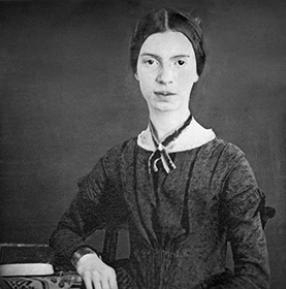 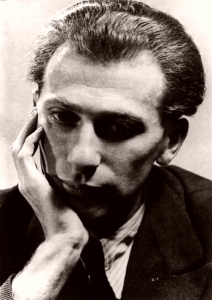 Selected Poems by William Blake
My rating: 4 of 5 stars

Blake’s “The Tyger” is one of my favorite poems, and one of the few that I’ve bothered to memorize. Even if the words made no sense, they sound beautiful together, but not only do they make sense they forge powerful imagery. Blake wrote many poems that managed to be both pleasing to the ear and meaningful.

This collection consists of about 80 poems and fragments (of longer poems) that are pulled from Blake’s collections. Much of Blake’s work is about nature, though the worlds of man and the divine also feature prominently. With respect to the human world, poems about children are particularly common. Most of the poems and partials fit on a single page or two, but some are as short as a four-line stanza and others are as long as a dozen pages.

The compiler of the poems, Peter Butter, doesn’t feel the need to pile in rambling prologues and introductions—a plus in my opinion. The only ancillary matter consists of two timelines: one of Blake’s life, and one of with key events that happened over the course of his life. I will say that these two timelines are confusingly arranged in the edition that I read. They are two pages each, with the pages of each facing each other. So, as one flips, one reads a page of life history, one of world history, one of Blake’s history, and one of world history. Either rearrangement of pages or formatting changes would fix this right up.

This is a great little collection with which to get a taste for Blake. I’d recommend it for those who want some of his classics and some others, but without the need to wade through unabridged collection—in case he turns out to not be your cup of tea.

I’ll leave you with one of my favorite lines from the collection: “Wisdom is sold in the desolate market where none come to buy,”