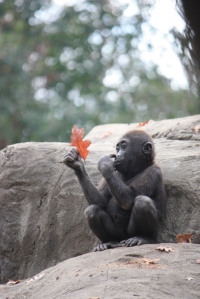 The mind is architect of a slum town of grief.
Silent words, yet ceaseless calling.
I envy the simple way of a falling leaf.
No grasping, nor fear of falling.

If a thought could twist on the wind for its brief life —
not frantically seeking hold.
We would not live these dear lives strafed by strife.
We’d not find our dreams bought and sold,
or feel untimely turning old —
vigor sapped by a false form of cold.

And life would be all we had to live.

I think,
but without Descartes’ insistence that I am.

In fact, the more I think, the less confident I am about knowing what “being” means.

I think — without knowing,
and recognize the hazard of that condition.
It’s what got Socrates killed.

A smart person who claims to know may raise hackles,
but is dismissed as arrogant.

It’s the smart person who admits he doesn’t know…
[let’s hope I’m not wrongly classed among them]
… that’s the one who arouses murderous intent.

For what hope exists for priests, professors, or politicians —
or any of the many oracles of our age —
when the most astute confess that uncertainty is inescapable?

What airy sands are our castles built upon? 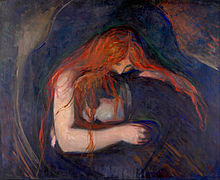 They say a Vampire can’t enter your house unless you invite them inside.

But I recognize a rule that is good and true when I hear one.

I always hear this or that person complaining about how such-and-such is,

Well, who invited them? 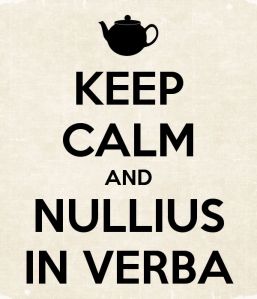 Said Socrates, “Oh, those poor bastards, for they think they know.

“I may be an ignorant slut, but I know I know not.”

My point, if I have one, is that “know” is an overused word.

Stinking up the discourse, like a bloated, floating pig turd.

“I object, Your Honor”… “Because, it’s devastating to my case.”

It works quite well, if you only talk to one side.

Fault us not for we’re wired to be certain.

If the cave wall shadow might be a tiger,

you don’t wait to see whether it’s a mouse.

How do I know this?

What if I’m wrong?

Consciousness: A Very Short Introduction by Susan Blackmore
My rating: 4 of 5 stars

Consciousness remains one of the least understood phenomena of our world. It’s also one of the most intriguing subjects, and fascination with it has spurred debate both between science and religion and within science. While science has been moving toward the belief that consciousness is rooted in the brain, there remain many important questions to be answered. Of course, historically, it wasn’t at all common to think of consciousness as arising from the action of a material object (e.g. the human brain), it was beyond humanity’s intellectual capacity to comprehend how something as grand as consciousness could arise from a 1.2kg (<3lb) organ. Consciousness was intertwined with ideas of “the soul”—a non-material self-ness.

So it is that Blackmore takes on a shadowy subject in which questions are as likely to lead to more questions as they are answers. She lays out the arguments between scholars of science and philosophy as to what exactly consciousness is, how it operates, and how important it is or isn’t.

The book consists of eight chapters. The first chapter attempts to define consciousness and discusses the degree to which there is a lack of consensus on the subject. In doing so, it outlines why consciousness is such an elusive subject.

Chapter two describes the attempt to find correlates of consciousness in the brain, and it describes some of the case of brain damage that support the notion that consciousness is a product of the brain. Many beliefs of duality (i.e. the idea that body and mind are separate) have been in decline because of cases in which brain damage is specifically linked to changes in consciousness. Consider life-long love being uprooted by a scalpel.

Chapter three deals with a number of topics related to time and space, such as whether consciousness lags behind reality. That sounds ridiculous. However, remember that we experience the world from inside the frame of reference of consciousness.

Chapter four examines a number of illusions to which our conscious minds are systematically subject. We have a number of blind spots, many of which result from the fact that a great deal of what the brain does, it does without letting the conscious mind in on events.

In the fifth chapter, the author presents the link between consciousness and perception of self. It has long been taken for granted by most of the world that there is some soul that exists beyond the body, and it’s in this chapter that the author reflects upon whether this is an illusion or not.

Chapter six covers a topic that is integrally linked to consciousness and the idea of self, and that is free will. Free will is another notion that humanity historically took for granted that is coming under fire in the face of our increasing understanding of the brain. Current scientific evidence suggests that free will as we perceive it (i.e. thinking things through consciously and then making a decision at a conscious level) is an illusion.

Chapter seven is about the many altered states of consciousness, including: dreaming, drug-induced effects, meditation, and some of the widely reported experiences that seem to involve separation of consciousness from body (e.g. out-of-body and near-death experiences.)

Chapter eight ponders the evolutionary advantage offered by consciousness (especially if a major part of what we think we use our conscious minds for is an illusion.) One thing is clear; evolution doesn’t hand out vast and complex advances in capability if they don’t serve to make one more likely to survive to procreate. However, could consciousness—majestic as it may seem—be a mere side-effect of a big brain developed to facilitate survival in a world in which we weren’t the strongest, fastest, or most athletic creatures by a long shot?

The book uses a wide variety of black-and-white graphics including cartoons, technical diagrams, and photographs. These graphics help to communicate important ideas and are more likely to do so with levity than technical complexity. The book is readable, considering the challenging topic.

I’d recommend this book for those interested in an overview of the state of understanding and debate about what consciousness is. 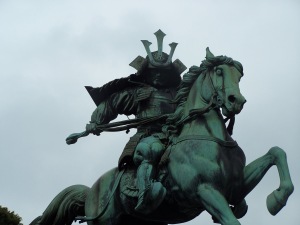 Statue of Kusunoki Masashige, famous Royalist supporter, taken outside the Imperial Palace in Tokyo in 2008.

The defining characteristic of a warrior isn’t the ability to fight. Thugs and mercenaries fight. It’s  subordinating one’s most base instinct to survive to virtuous behavior. It’s not being ruled by fear, anger, or pride, but consciously opting to do the right thing.