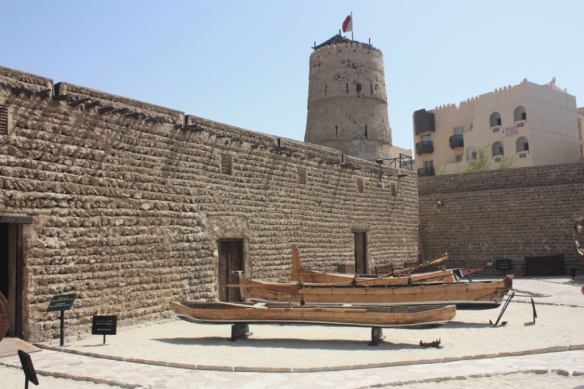 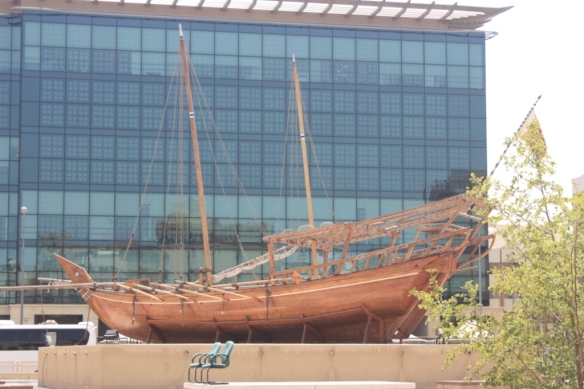 At the harbor at Fort Kochi, where ships enter the Arabian Sea, there are old Chinese Fishing Nets lining the coast. The nets don’t yield many fish in this area, but exist more as a tourist attraction. The fixed, lever-lowered nets were actually introduced by the Portuguese–albeit Portuguese who had spent time in southern China (i.e. Macau.)

The port at Kochi (Cochin) is one of India’s major transportation hubs (11th largest by tonnage and 8th largest by number of containers.) In addition to modern products, the port still handles a lot of the spice that made Kochi an important center of trade since ancient times.

The channel has to be dredged to keep a clear path for the large number of ships transiting in and out of port.