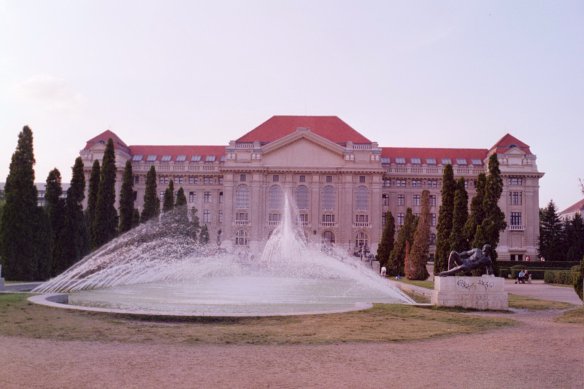 Taken in the Summer of 2002-ish in Debrecen

Taken in Szentendre in the Winter of 2014. 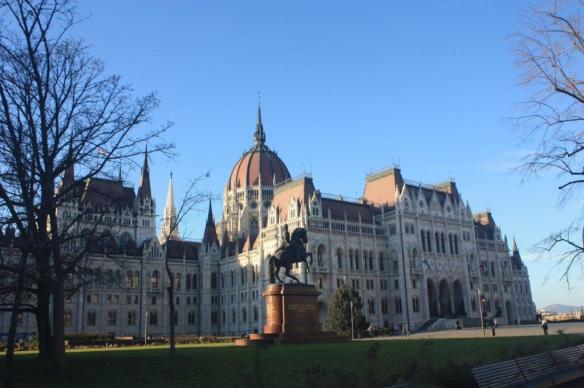 Taken in December of 2019 in Budapest.

Foamy Sky the Major Poems of Miklos Radnoti A Bilingual Edition by Miklós Radnóti
My rating: 5 of 5 stars

The short life of Miklós Radnóti was bookended by tragedy, and in the years between he wrote some of the most hauntingly beautiful – if morose – poetry of the twentieth century. The event of his birth was marked by the death of both his mother and his twin, and he died in northwestern Hungary on the route of a forced march from the copper mine in Serbia where he labored toward a Nazi concentration camp that he never reached.

One might say of these bookends to a life that only the former event, his traumatic birth, could have left a mark on his poetry, and you’d probably be right. As a rational skeptic, I’m not a big believer in precognition. However, some of Radnóti’s poetry (e.g. “Just Walk On, Condemned to Die” / “Járkálj csak, halálraítélt!” [written eight years before his death, before the War began]) is as potent an argument for prevision as exists. Yes, it’s probably true that if one writes as much about death as did Radnóti, one is bound to seem prescient about one’s own death, but when one’s words are magic enough to make a skeptic consider the possibility, that’s a powerful testament.

The book contains about eighty poems. I could talk about a selection from across the collection that are among my personal favorites, but they are all great works. The more meaningful distinction to point out is that the last ten poems in the book (four of which are collectively labeled as “Razglednicas”) are Radnóti’s final ten poems and they arose from a grave, having been buried in his coat pocket. When his body was exhumed, the poems were discovered written in an address book in his pocket.

As the poems were all written in Hungarian, the natural question is how good is the translation. After all, poetry translation is a bit like trying to put a queen-size sheet on a king-size mattress (where the corners are: metering / arrangement, sound (e.g. rhyme, alliteration, etc.), imagery, and emotional content / message.) The more that one insists on perfectly capturing one corner, the more the other ends of the sheet curl up. Getting the sheet to hold on each corner takes skill and selective compromise. I think the duo of translators from the University of Texas, Dallas did a tremendous job. The team included one person with expertise in Hungarian, English, and translation, Zsuzsanna Ozsváth, and one with expertise in poetry and poetic form, Frederick Turner. Both of these individuals contributed some prose to the book, Ozsváth wrote the Introduction and Turner offered a Translator’s Epilogue. The latter presents some insight into how the two went about trying to achieve the best translation possible. Meter and rhyme schemes were not sacrificed as they often might be in a modern translation.

One nice feature of the Corvina edition of this book is that it is bilingual with the English on the page opposed the original Hungarian. My (almost non-existent) Hungarian is far too sparse for the task of reading poetry. However, I was able to take in at least the sound quality of Radnóti’s original, and given that he wrote in metered verse, this is not inconsequential.

This is a fantastic collection and I would recommend it for all poetry readers – even if you can only read the English editions, you’ll be moved by these poems.

Carl Lutz by György Vámos
My rating: 5 of 5 stars

Amazon page (only the French edition is currently showing)

Carl Lutz was a Swiss diplomat assigned to Budapest in 1944, at the time the Nazis and their Arrow Cross comrades were trying to deport the Budapest Jewry to death camps. Lutz may not be as well know as his Swedish counterpart, Raoul Wallenberg, but that’s not for lack of saving lives. Like Wallenberg, he saved thousands of Jews by issuing protective documentation, and by fudging numbers and background documents where necessary to keep more people safe.

Lutz also oversaw a facility where the people issued these documents were allowed to stay to keep them out of the city ghetto from which they might get caught up in deportations. The Swiss-flagged facility was called the “Glass House” because it was on the grounds of a factory where specialty glass had been made, and the building’s façade was covered in multiple styles of glass as a way for perspective customers to see what products were available. Unfortunately, the property wasn’t designed for residential use, let alone for providing facilities for large numbers of people. Quarters were cramped and hygienic facilities were inadequate. However, the facility did keep people alive, even though it was raided by the Arrow Cross. [For those visiting Budapest, a small museum / memorial room can still be found at this same location, and this book’s author can offer more insight.]

The book is written in a scholarly style, i.e. employing a historian’s tone. It largely follows a chronological format. The book doesn’t discuss Lutz’s life much outside the war years, but it does give the reader background about Hungary’s anti-Semitic laws and actions as well as an overview of strategic-level events. [Hungary was allied with Germany in the Second World War, but in 1944 tried to separate itself and stop deportations. This resulted in Germany taking control and handing power to the Arrow Cross Militia, which was the Hungarian fascist party — akin to the German Nazis.]

The book is concise, weighing in at only 125 pages — about 17 of which are in an appendix of documents and photos regarding Swiss efforts to undermine the Nazi’s Holocaust.

As I said, the book is written in a scholarly / historical format, rather than the more visceral narrative approach of a journalistic or popular work. Still, it does become more intense reading in the latter half — when the author is describing events concerning the Glass House, Lutz’s issuance of protective documentation, and the siege of Budapest by the Russians at the end of the war. It will certainly give readers insight into a little-known rescue effort during the Holocaust.

If you’re interested in international efforts to thwart the Nazi’s plan to exterminate the Jews, this book will clue you in on events that aren’t well-known – particularly by English readers. I highly recommend this book. 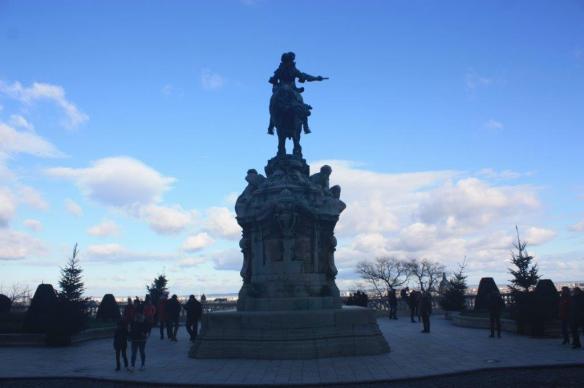 Prince Eugene of Savoy; Taken in December of 2019 at the Budavári Palota 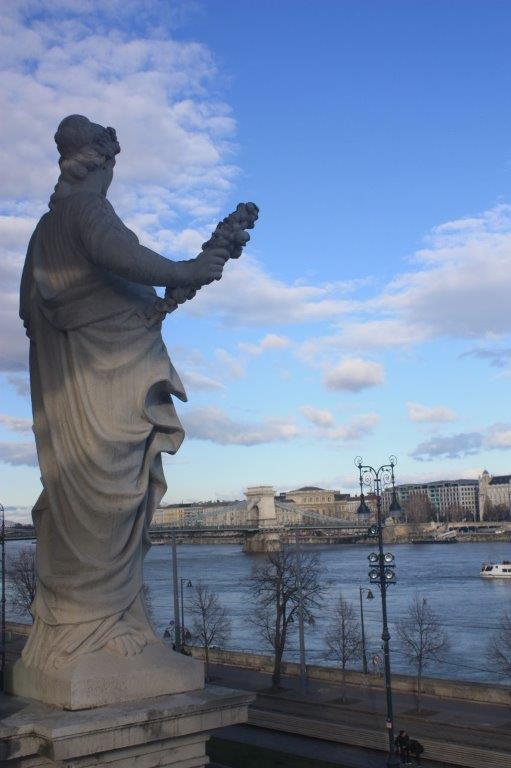 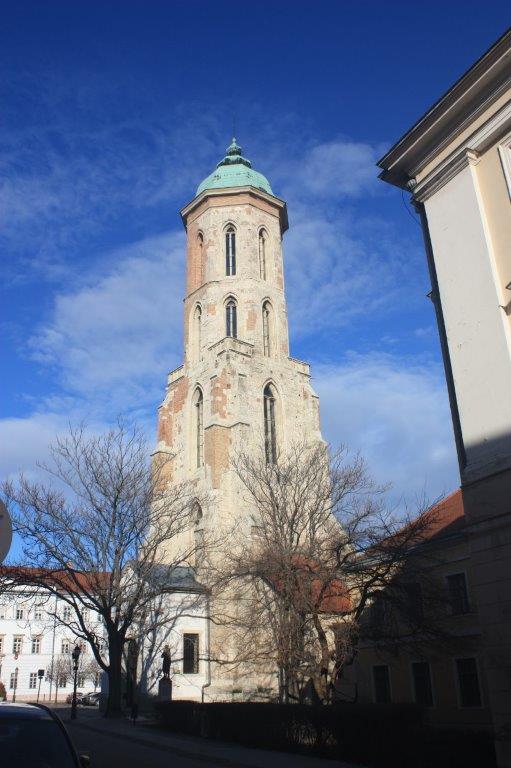 Taken in December of 2019 in Budapest

This tower is one end of the old Church of Mary Magdalene. The rest of the church (save foundations) was destroyed. These days the structure goes by the name “Buda Tower” because it’s a tourist attraction one can use to see the city from on high. The structure dates back to the 13th century.

Taken in December of 2019 in Budapest.

Taken in December of 2019 in Budapest