This guide offers a concise overview of the medicinal use of fungi. It’s a soup-to-nuts examination of how to utilize approximately thirty different mushrooms for treatment of a wide variety of ailments.

The book consists of eight chapters. Each of the first three chapters is quite brief and provides simple background information about mushrooms as medicine. The detailed information begins with chapter four, which provides an in-depth overview of fungi and the characteristics by which which some of them derive health and medicinal benefits. Chapters five and six repeat some of the same information, but from opposing angles – making it easier for the reader to find the information they are seeking. Chapter five describes the mushrooms, including a brief mention of the uses of each. Chapter six, on the other hand, introduces a range of ailments and medical conditions, and suggests which of the mushrooms have been studied as remedies. There are endnotes, directing one to the papers in which the scientific results appear. This is also where one finds information on dosages.

Chapter seven shows various approaches to preparing mushrooms for use as medicine. Not all of the mushrooms can be eaten, some require tinctures or other preparations to be made, and this chapter explains how to do that work in a step-by-step fashion. For the mushrooms that can be eaten, it describes the relative merits of different cooking methods. The last chapter discusses where to obtain mushrooms. It offers considerations for foraging mushrooms, but also tips for commercially acquiring them.

The book has many graphics. These include color photos of the various species of mushrooms as well as some drawings and diagrams throughout. The chapter on preparation has graphics interspersed within the textual directions to offer a visual indicator and break up the text. As mentioned, there is a huge set of paper references arranged as endnotes linked to the places (largely in chapter six) where findings are cited.

If one is wondering, the book does not discuss any mushrooms with psychoactive (psychedelic) properties (e.g. psilocybe.) Many of the mushrooms included will be well known to culinary mushroom users (e.g. button, portobello, enoki, lion’s mane, chicken-of-the-woods, shiitake, and oyster mushrooms.) Others were familiar to me [as someone with a minimal knowledge of mushrooms] even though it wasn’t from their culinary use (chaga, reishi, and jelly ear.) And a few of the fungi I was unfamiliar with before reading the book.

I found this to be a useful book. It’s concise and offers attractive and useful graphics. If you are interested in medicinal mushrooms, check it out. 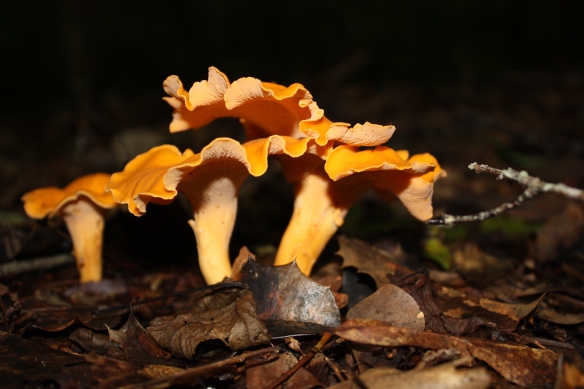 Taken in July of 2013 at Arabia Mountain Park 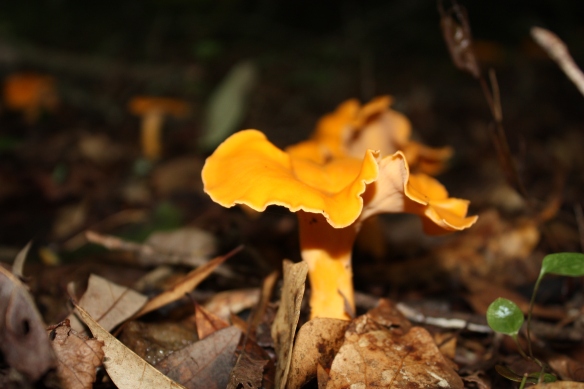 Fungi: A Very Short Introduction by Nicholas P. Money
My rating: 4 of 5 stars

Bear with me. Fungi might sound like the most brutally boring topic on the planet, but hopefully by the end of the review you’ll be convinced it’s worth learning at least 125 pages about the basics of these unexpectedly powerful organisms. Regardless of whether you agree with people like Paul Stamets who suggest that if the planet is to be saved, the solution will no doubt hinge on fungi, (FYI – Dr. Money, author of this book, explicitly urges caution about such grand hopes) there’s no denying that these musty denizens of the forest floor (and almost everywhere else) are profoundly important to humanity. From taking out the trash in their role as decomposers to serving as the key ingredient in medicines to helping us digest foods to allowing us to make beer and bread, fungi can be greatly beneficial. They can also be legendarily deadly.

This book gives an overview of fungi with special emphasis on their interaction with the world. The book consists of eight chapters. The first three of these chapters look at the members of the Kingdom more or less in isolation, and the rest of the chapters delve more into how fungi interact with ecosystems and other organisms. Chapter one discusses what fungi are exactly, and what defines members of this kingdom. Given that most people only think of the fruiting bodies of certain kinds of fungus (e.g. the button or shitake mushrooms they get at the supermarket), being explicit about what separates fungus from other organisms is useful. This leads into the second chapter, which explores the huge diversity of this kingdom. The third chapter explores the genetics and life-cycle of fungi. All of these chapters are limited by the fact that there are far too many varieties of fungi to dive into specifics, given how wildly divergent they can be.

The other five chapters explore how fungi interact, and these chapters also move from more general interaction to those specific to mammals in general and to humans, specifically. Chapter four is entitled “Fungal Mutualisms” and it introduces how fungi interact with other species. Specifically, the chapter focus on interactions that are mutually helpful or at least not harmful to either party. Parasitic relationships, in which one participant (specifically plants) is damaged by the relationship, are saved for their own chapter — five. Chapter six investigates the role that fungi are perhaps most known and beloved for, decomposition.

The last two chapters deal with fungal interactions with animals, with specific emphasis on how they benefit or hinder humans. Chapter seven considers how fungi contribute to health or illness in animals. The reader learns about the good (e.g. contributions to digestion), the bad (e.g. infections) and the trippy (psychedelic mushrooms and derivatives – e.g. LSD comes from ergot fungus.) The final chapter explores edible mushrooms and the fungal role in biotechnology, including: pharmacology, fermentation, and bio-fuel production.

The book has many graphics that consist mostly of line drawings but include a few frames microscope photography. There is also a brief “Further Reading” section that suggests other books as well as websites.

I’d recommend this book as a first step to learning more about fungi. It won’t help with things like identification, but it’s a nice overview of a surprisingly broad topic for a neophyte. As is common with this series from the Oxford University Press, there’s not a lot of room for long stories that might make the reading more entertaining, and so it’s probably not the most engrossing book one can find on the topic, but it’s likely one of the most concise and accurate.

This booklet, at around 80 pages, offers step-by-step guidance about how to grow mushrooms – specifically psilocybe cubensis, which are referred to as stropharia cubensis throughout this book. (The book was published in the 1970’s and the mushroom has since been reclassified.) This species is known to induce hallucinations, euphoria, and altered perception in those who ingest it because of the presence of psilocybin, which – converted to psilocin — interacts with serotonin receptors. Most of the information presented could be applied to cultivation of any mushroom (excepting information about identification in Ch. 1, which applies to that one species, and the information about dosage in Ch. 5 that doesn’t matter for edible mushrooms.) The authors did specifically develop this process, but I think that had more to do with the need for a process in between the vagaries of foraging and the large-scale agricultural approach that couldn’t be exploited for the “hobbyist,” than it had to do with the specific needs of this fungi.

The body of the book is divided into five chapters, which follow the progression of steps required to cultivate mushrooms. The first chapter covers locating and identifying psilocybe cubensis as well as how to collect and germinate the spores. The second chapter is about growing mycelial cultures on sterile agar. One of the major challenges presented in the book is keeping mold and other undesirable species from growing on or amongst one’s mushrooms. In the third chapter one learns how to grow the mycelia on sterilized rye. The penultimate chapter explores covering the mycelia infused rye with soil in a process that commercial fungi agriculture calls “casing,” which ultimately results in the generation of the fruiting bodies that we traditionally think of as mushrooms (though in the wild most of the organism is below ground.) The last chapter is about harvesting the mushrooms, preserving them, and determining dosage.

There is a substantial amount of front and back matter book-ending the aforementioned chapters. The front matter gives the reader some history of psychedelic mushrooms as well some insight into their effects. (The Preface and Forward are explicitly written by Terrence McKenna, but it’s said that the entire book is written by McKenna and his brother, Dennis.) The Forward and Introduction are where the book feels less like an agricultural how-to manual, and more like a guide to psychedelics, but the reader should be aware that this book is – first and foremost – a how-to guide. The back matter includes a range of helpful appended sections including a glossary, a bibliography, a timeline of psilocybin mushroom happenings, and a section to help one make conversions — particularly between volume and weights for various materials that are used in cultivation.

There are many graphics employed throughout the book. Most importantly, there are several series of black-and-white photos that help clarify the process being described textually. There are also some line-drawn artworks that depict psychedelic mushroom in their cultural context – both in the ancient shamanic tradition and the more recent wave of use.

This is a quick read that gets into all the processes needed to cultivate mushrooms. The authors compare it to canning preserves in terms of the degree of complexity. (That rings true as both processes rely heavily on sterilization.) It is a how-to guide, and if one isn’t interested in the process of cultivation, one might find the book a bit dry. I found it interesting to learn about the cultivation process as well as the information from the Forward, Introduction, and Chronology about psychedelics, specifically. If you’re interested in cultivating mushrooms or are very curious about fungi, I’d recommend this book. 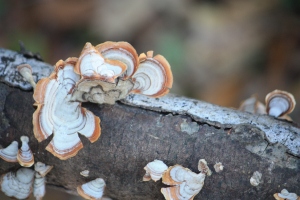 Mighty Fungi, the destroyer,
rending like a divorce lawyer.
There are no bonds you can’t dissolve.
It’s by your graces our world revolves.
Your rap is bad, but we all know,
the pile of stiffs would ceaseless grow,
if you weren’t breaking down the dead.

Plus, we love your work on beer and bread. 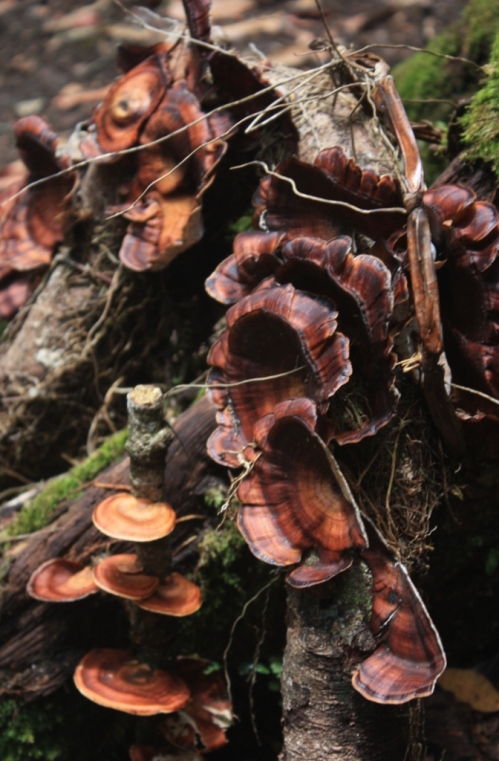 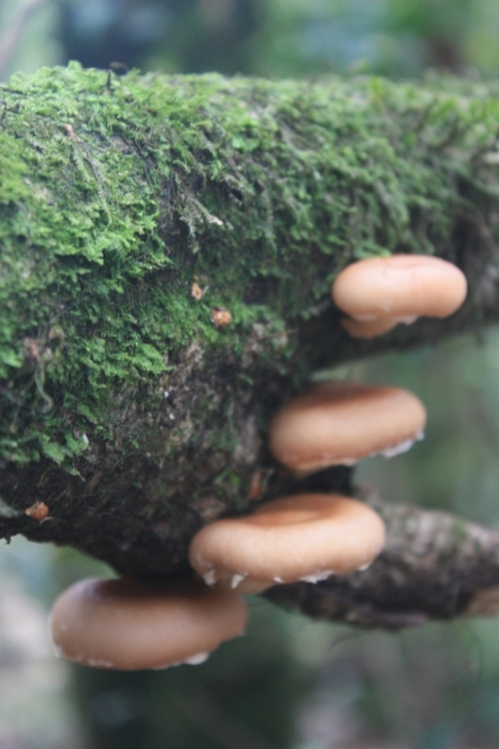 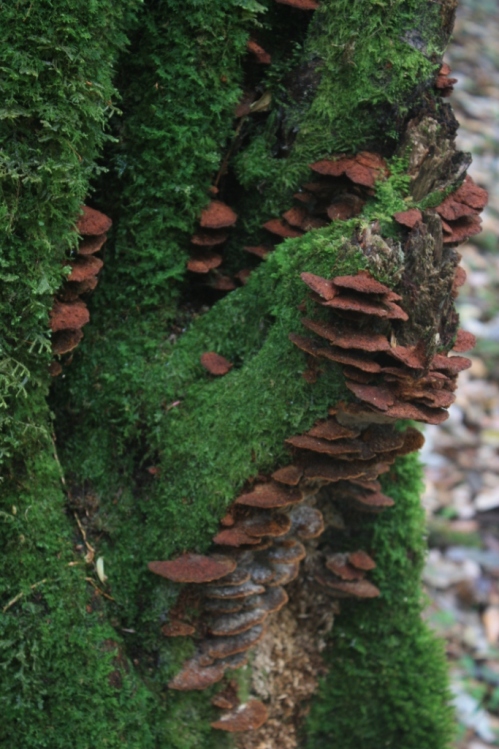 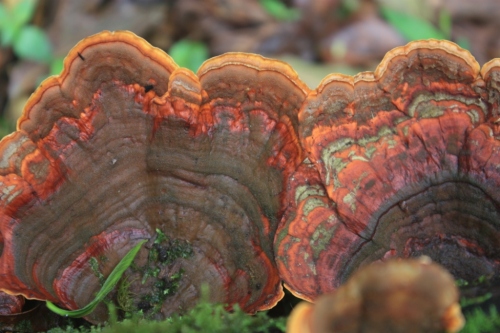 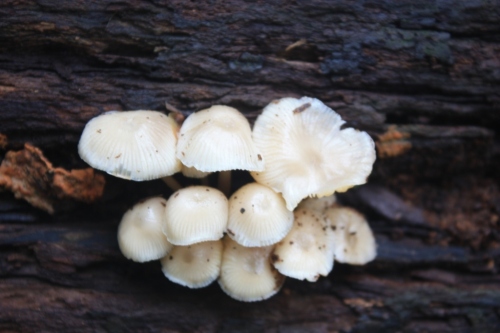 Taken in April of 2017 in the Mawphlang Sacred Forest 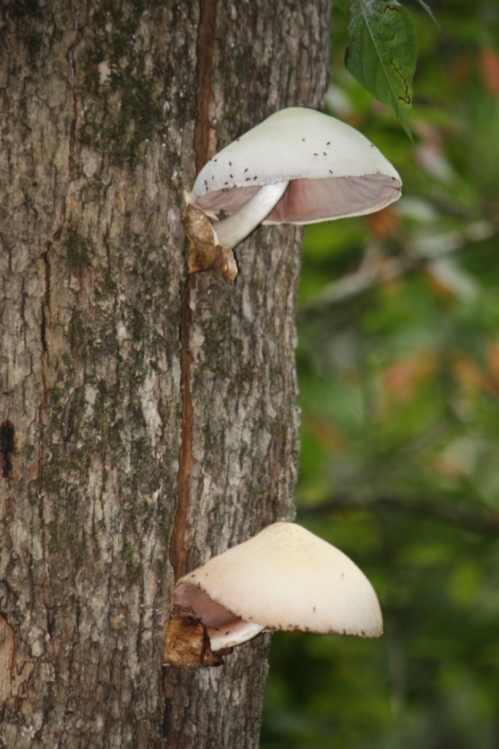 Taken in the summer of 2012 in Yellow River Park 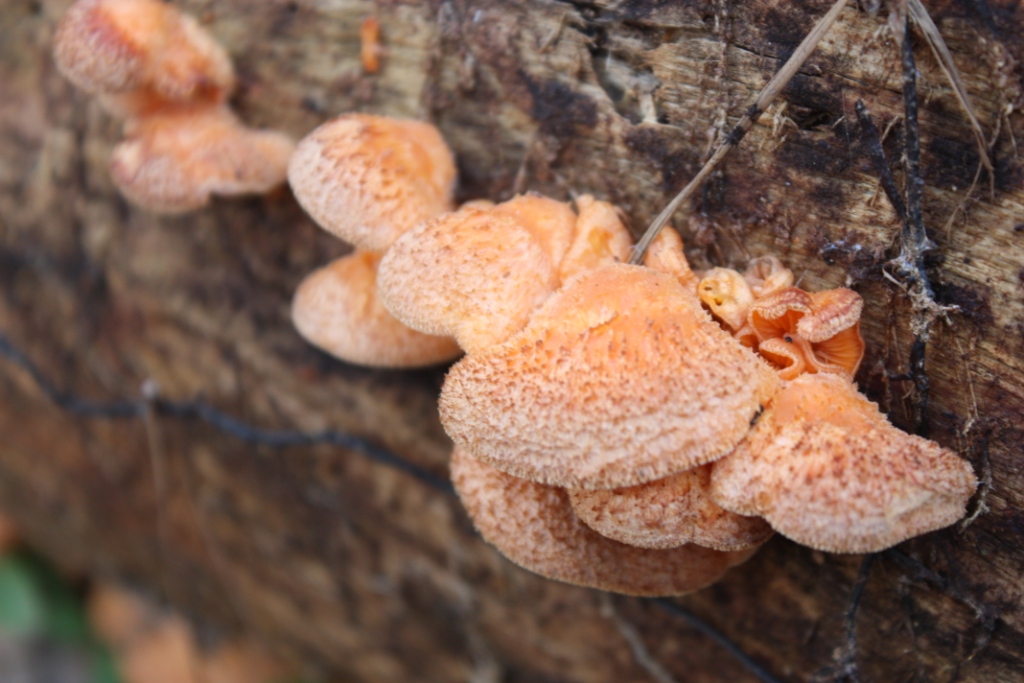 I have it on good authority that these are a non-edible mushroom (i.e. keyword “mock.”) Taken yesterday (March 10, 2013) at Yellow River State Park near Stone Mountain, Georgia.