Taken on October 4, 2020 at the Jain Basadi Temple Complex.

Taken in November of 2013 at Shravanabelagola

Taken in October of 2015 at Khajuraho

Taken in November of 2013 at Shravanabelagola

This was taken at a Jain temple that’s about 160km (100mi.) from Bangalore. It has one of the world’s largest monolithic sculptures. The pics below give more indication of size. 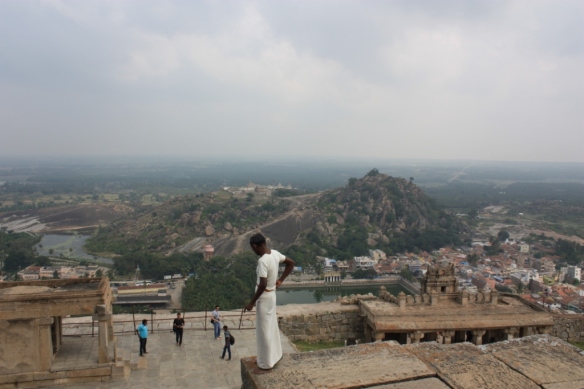 The other day I posted a pic of the gigantic statue of Bahubali that’s located on Shravanabelagoli Hill. This is the view from the hill looking down toward the village. A Jain adherent was standing on the edge of the temple base looking down at path up to the temple. 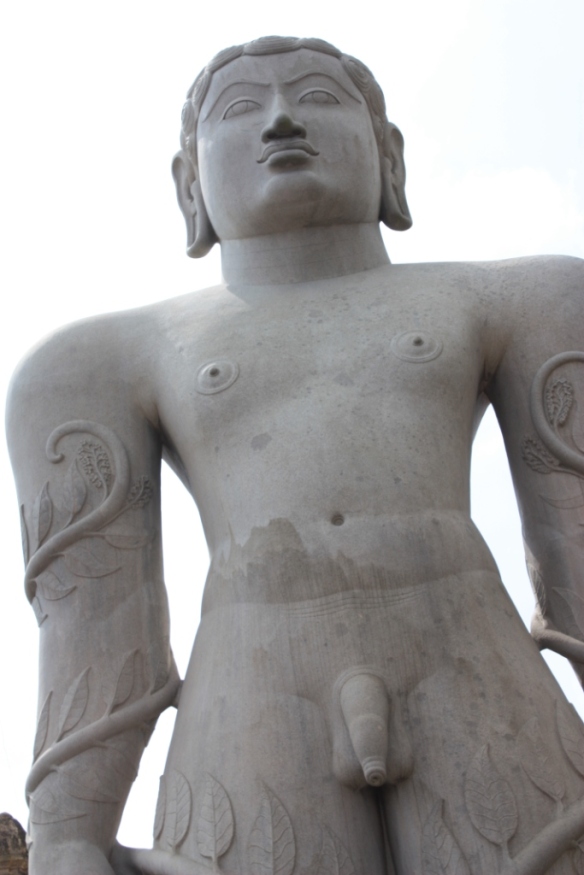 Taken on November 23, 2013 on Shravanabelagola Hill

[As I was on the road yesterday and missed my Daily Photo post, I’ll double up today—if I can. I’m iffy because Bangalore got 2” of rain in an hour last night (which we arrived home in; I saw a city bus literally—no hyperbole here whatsoever—half underwater in an underpass.) Anyway, my internet connection is spotty at the moment, and could go out permanently at any moment.]

The Gomateshwara (a.k.a. Bahubali) sculpture at Shravanabelagola is the world’s largest monolithic stone sculpture. Gomateshwara was a Jain Arihant, and was said to be the second of 100 sons of the first Tirthankara.

An Arihant–literally a “vanquisher of enemies” (a rather bellicose title for a sect that won’t eat onions because the plant must be killed to harvest them), is one who has defeated anger, ego, deception, and greed. (Oh, THOSE enemies. you say.) A Tirthankara is a special kind of Arihant that appears every so often to revitalize the Jain community.

Shravanabelagola is not a well-known site. Being in rural Karnataka, and not on the regular tourist loops, it’s easy to miss. However it can be grouped nicely with trips to the temples at Halebidu and Belur.

Tip 1: You’ll have to walk to the top of a rather large hill in bare feet, so be prepared. On the bright side, the steps are quite clean and devoid of the usual multi-species feces common to footpaths in India.

Tip 2: Jains, like Hindus and some Buddhist sects, utilize the swastik emblem heavily. Despite the ubiquity of what some call the “twisted cross” or “swastika,” you are not in a den of neo-Nazis. That emblem, and its mirror-image, was used for thousands of years in South Asia before Hitler co-opted the symbol—presumably misinterpreting its meaning (as he misinterpreted so many things.) Ironically, it means a wish for good fortune.