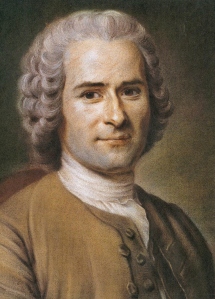 5.) Jean-Jacques Rousseau: This French philosopher is probably best known for his ideas about social contract in governance. At least that’s what I knew him for when I was a student of the social sciences.

Unlike the Marquis de Sade, whose philosophy and sexual proclivities were intimately intertwined, one wouldn’t necessarily guess that Rousseau was a masochist into getting spanked by dominant women from his political theories. Although, all interest in governance is about who holds the whip and what the whipee gets in exchange for being subjected to it — figuratively speaking, of course. 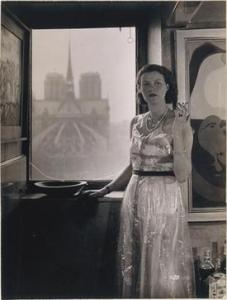 artistic empire had a legendary libido — and not just in her youth. What interests people is not so much that she was sexually promiscuous, but that age didn’t seem to curb her desire for sexual conquest.

Even though her memoir is filled with discussion of her sexual dalliances, she is still more well known for discovering important 20th century artists and saving art from thieving Nazis.

3.) Wolfgang Amadeus Mozart: One of the all-time greatest musical minds, his genius for composition may have helped to keep him from being known for his scatological obsession.

This may seem far-fetched (not to mention grosser than the other proclivities discussed herein) but there’s even a Wikipedia page about it — so it must be true.

I knew from discussion of the movie “Amadeus” (which I, sadly, haven’t seen) that there was something unexpectedly scandalous about Mozart, but I never would have guess this was it.

2.) King Edward VII: It may be well-established that King Edward had some wild times, but the fact that he had custom sex furniture made tells you just how all-consuming his passions were. 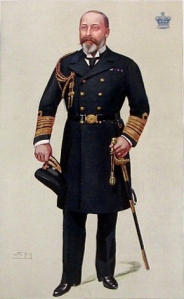 1.) H.G. Wells:  The author of “War of the Worlds,” “The Island of Doctor Moreau,” and “The Time Machine,” Wells was all for free love, long before there was a free love movement. He is said to have had sex atop bad reviews. While I knew him as an early sci-fi author who famously predicted the atomic bomb (Physicist, Leo Szilard, cited Wells’ “The World Set Free” as an inspiration), he was — unknown to me — legendarily promiscuous.

Anno Dracula by Kim Newman
My rating: 5 of 5 stars

Anno Dracula is set in a world subsequent to the events of Bram Stoker’s Dracula. In the world of Anno Dracula, Dracula kills Van Helsing (not the other way round) and becomes more powerful than ever. In fact, the Count has married himself into line to become king. Vampires flourish in the open and their numbers are swelling. But a few of them are being gruesomely murdered. In Newman’s work, the vicious Whitechapel murders attributed to Jack the Ripper target young, “turned” working women of Whitechapel. The killings attract attention and become politically charged. The book’s plot revolves around the investigation by an unlikely duo, Charles Beauregard (human) and Geneviève Dieudonné (Vampire elder), into the murders.

Newman creates a fascinating world that blends not only his own characters (e.g. Beauregard and Dieudonné), but also characters from other popular works set in the 19th century as well as from our own history. Some of these borrowed characters are important to the story, others are mere cameos, and still others are references to the departed or imprisoned. Among the book’s fictional pantheon are those from works by Robert Louis Stevenson, Oscar Wilde, H.G. Wells, Sir Arthur Conan Doyle, and—of course—Bram Stoker. Bram Stoker lends the critical character of Dr. John Seward to the book, although there are references to most of that book’s major characters. (You’ll miss some connections if you haven’t read Dracula, but you’ll still be able to follow the story.) The next biggest contributor of characters is Sir Arthur Conan Doyle. Mycroft Holmes, Inspector Lestrade, and Professor Moriarty are all present in the flesh, though the latter plays a small role, and others—including the great detective, himself—are referenced throughout.

Many of the real world characters are literary greats (poets, playwrights, and novelists) including George Bernard Shaw, Lewis Carroll, Alfred Tennyson, and Oscar Wilde. However, also included are political figures, royalty, and—of course—the victims of Jack the Ripper. This mixing of the literary and historical worlds lures book-lovers further down the rabbit hole.

If this book seems like a murder mystery, it’s not. One of the interesting elements of Newman’s approach is that he reveals the killer from the outset. While we know who the killer is from the book’s opening, we don’t know whether or how he will be brought to justice—or what precisely justice means in this case. The book is more about the web of intrigue that surrounds the murders than it is about the murders. Ultimately, the book takes in a much bigger picture than a few murders in the seedy side of London.

Anno Dracula is intriguing and readable. If one has read Dracula, the various Sherlock Holmes stories, The Strange Case of Dr. Jekyll and Mr. Hyde, The Island of Dr. Moreau, and other contemporary literature, it’s all the more enjoyable for the way it artfully places these all in the same universe. I’d highly recommend this book for readers of the classic popular fiction.