Tip: Try it in Mumbai. While the one’s shown above were fine. The legendary Vada Pav is to be found at a stall across from Flora Fountain in Bombay. 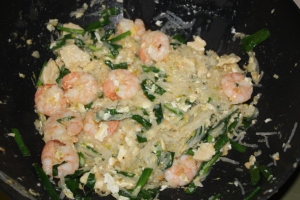 Tip: Vegetarians beware. Fish sauce is a standard ingredient in this dish. So if you order it vegetarian, it’s not just the prawns and / or chicken one needs to be wary about–depending upon how strict one is. Soy sauce is the substitute. 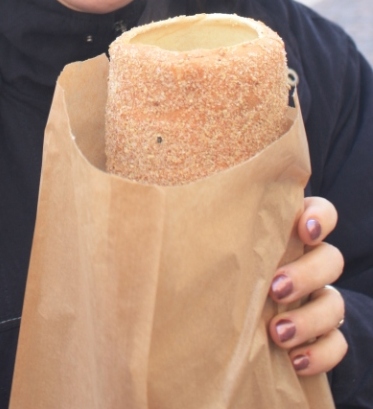 Tip: It can be found at little stands in or near Christmas markets during the winter season. Buy it hot when it’s cold outside, and it will actually steam like smoke rising from a chimney. If  you’re in Hungary during the summer or you want a savory street food, try lángos .

Tip: Try this sandwich on a baguette from Banh Mi 25, a famous cart at 25 Hàng Cá, Hàng Đào, Hoàn Kiếm in Hanoi.

Tip: Try the spinach and cheese momo of The Wok Tibetan Kitchen on Main Bazaar Road in Leh.

Tip: If you ask for a “Paper Masala Dosa” you’ll probably get something too big to fit on a plate (as shown.) It will be very thin and the potato-based filling will only be in the central part. (So it’s not quite as insane an amount of food as it may appear.)  This one is from Airlines Hotel in Bangalore. Dosa is just the Indian version of a pancake, and it can take many shapes and forms. There are a few varieties, but often it’s a rice & lentil-based rather than wheat-based flour.