Taken in October of 2013 in Delhi (i.e. Jama Masjid minaret) 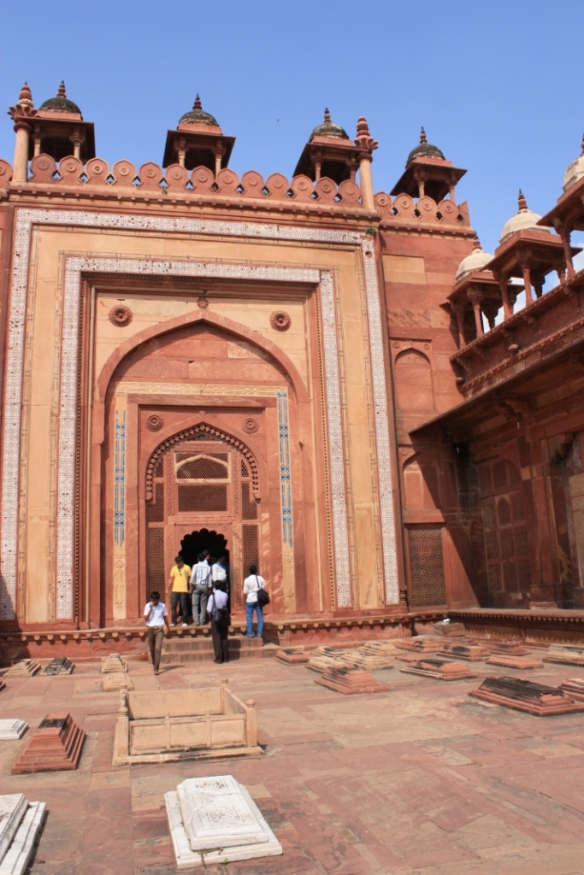 Taken in October of 2013 in Fatehpur Sikri

Taken in November of 2013 in Delhi

Taken in November of 2013 at Fatehpur Sikri.

This elaborate lattice is carved out of white marble. It’s part of the Tomb of Salim Chishti, a Sufi saint, and is located on the grounds of the Jama Masjid (Mosque) at Fatehpur Sikri.

This is the Jama Masjid in Bangalore (not to be confused with the massive Jama Masjid near the Red Fort in Old Delhi.) It’s indicative of Bangalore’s rapid growth that the mosque sits right up against the highway flyover that frames it herein. It’d be a nicer looking picture from on top of the flyover, but a.) that would be terrifying and b.) it wouldn’t give the impression of how hemmed in it is.

The mosque is located right next to the K.R. (City) Market, and is considered the most impressive of Bangalore’s mosques by many. This area is a crazy hive of market activity at all times of day.

This is the view roughly northward from the minaret of the Jama Masjid.

This is India’s largest mosque. It is capable of holding 25,000 worshipers–mostly in that open courtyard that can apparently be covered as needed.)  It dates back to the rule of Mughal Emperor Shah Jahan–who you may know of from his requisitioning of the Taj Mahal.

It’s located in Old Delhi and is usually matched with trips to the Red Fort and Chandni Chowk (a huge bazaar street), which are both nearby.

It’s mostly Red sandstone with white marble, as was common of Shah Jahan’s other monumental structures.

[I realize it’s a cheat that I’ve posted two “Daily Photos” in a couple of hours of one another, but it’s a new day in the States–and I’ve got a ton of photos from my recent trip.]