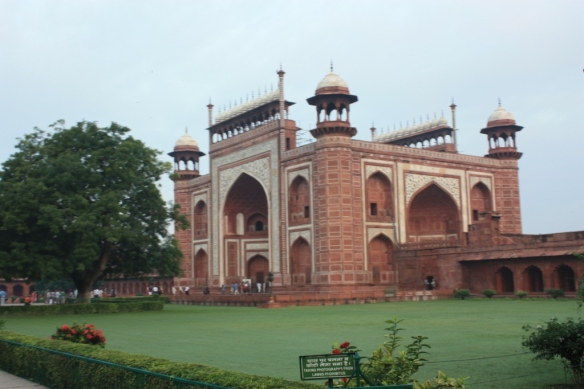 Taken in October of 2013 in Agra (Taj Mahal complex)

Taken in October of 2013 at Agra Fort 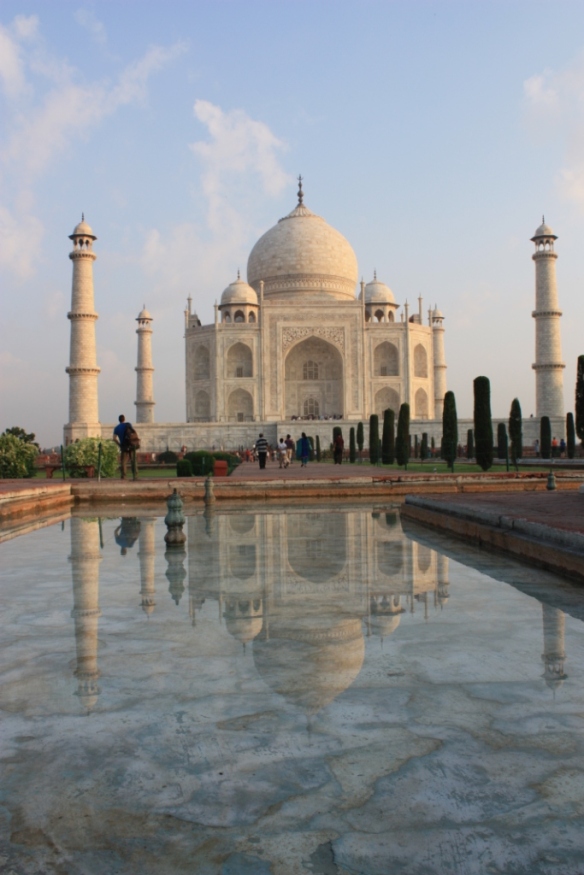 You don’t really see bicycle rickshaws in Bengaluru, but up north they’re common enough. This was taken in Agra, the town most famous for being home of the Taj Mahal. In some places these are called pedicabs. That best distinguishes them from autorickshaws (in India often called “auto” and in many other places called by the presumably onomatopoeic Thai designation of tuk-tuk) as well as from the original pulled rickshaw (where the puller walks or runs to propel the vehicle.) I don’t believe that I’ve ever seen a pulled rickshaw being used as a real means of transportation anywhere I’ve been in the world (though maybe in Cambodia.) You do see them as tourist photo ops in the same way one sees Hansom cabs and horse-drawn coaches in many US and Canadian cities. 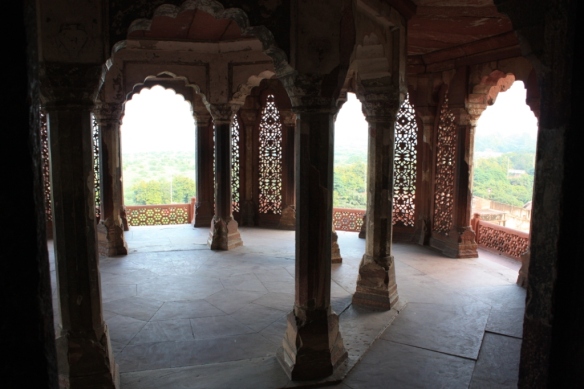 Taken in November of 2013 at Agra Fort

This photo was taken at Agra Fort, and I believe was in the Jehangiri Mahal.

All the pink clothes began the day as white.

This photo was taken during Dussehra (Vijayadashami) celebrations in Agra. There were many street parades that day.