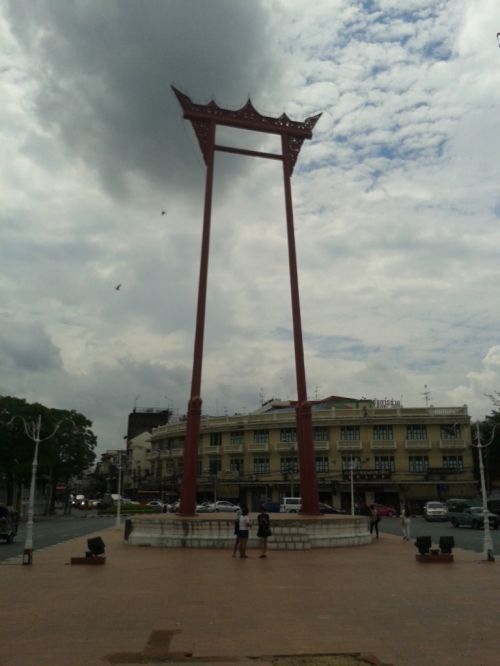 Taken in September of 2014 in Bangkok

The swing is of Hindu origins. There’s a swing ceremony that reenacts events surrounding Shiva’s descent to Earth at Bramha’s behest. The ceremony involves people trying to snatch a satchel of coins off a pillar by swinging to it.