The Healer Within: Using Traditional Chinese Techniques To Release Your Body’s Own Medicine *Movement *Massage *Meditation *Breathing by Roger Jahnke
My rating: 4 of 5 stars

This book examines how four techniques – movement, massage [specifically, self-applied], breathing exercises, and meditation — can be used to facilitate a robust immune system and to stimulate the body’s innate healing capacities. Jahnke, as a Doctor of Oriental Medicine, specializes in Traditional Chinese Medicine (TCM,) but he acknowledges that these activities aren’t the exclusive domain of that system. The book is designed to be one-stop shopping for an individual seeking to build their own self-healing practice either as preventive medicine or as a part of one’s treatment regimen for an ailment or infirmity.

The thirteen chapters of the book are divided into five parts. The first two chapters form the book’s first part, and they discuss the body’s innate healing capacity and the literature on the roles of mind and self-applied activities on health outcomes.

Part II forms the heart of the book, and it consists of chapters three through seven. Chapter three offers insight into the process of building a personal practice from the four key activities including guidelines for how to organize disparate parts into a whole and how to fit it into one’s life overall. The other four chapters provide examples and techniques for each of the four components of the system: gentle movement (e.g. qiqong), self-applied massage, breathing exercises, and meditation and deep relaxation techniques.

Part III expands on the issues touched upon in Chapter 3. That is, it explores in greater detail the nature of building and deepening a personal practice.

Part IV, entitled “The Way of Nature,” provides a philosophical context for a global self-healing movement and describes how a community can be built around this endeavor. There are three chapters in this section. The last part consists of only one chapter and it describes a potential future self-healing regime. Throughout the book there is a recognized that, while modern medicine is invaluable, it’s also developed a dysfunction by undervaluing the role of the body’s innate healing factor, while not only removing the patient from of the driver’s seat but also stuffing them in the trunk as a sort of cargo in the health and healing process.

The book has line drawings to help clarify the techniques. There are several pieces of back matter (an appendix, a bibliography, and a resources section) to help make the book more useful. [The appendix is a little strange and unfocused for an Appendix. It’s almost more of a Reader’s Digest Condensed Version for someone who wants to get to brass tacks, but it does offer some interesting insight into how a community built around these ideas has formed.]

I found this book to be informative and believe it offers a great deal of valuable insight into how to not only develop one’s own preventive medicine activities, but also how to situate those activities within a community of like-minded individuals. I thought the author did a good job of presenting scientific evidence for building a self-healing practice while not becoming too bogged down technical detail and offering a way of thinking about it for those who look at such activities in more metaphysical or spiritual terms. I’d recommend this book for anyone who is considered engaging in health enhancing activities. 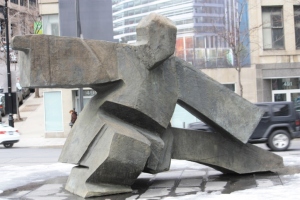 I’m sick. I mean that literally for those readers who are saying, “Yes, I read your blog occasionally; I’m well aware that you’re a sick freak.”

I rarely get sick. I can usually knock colds out at the first sign of a scratchy throat with big does of zinc and remedies I’ll discuss below. I can’t remember the last time I had the flu. Let me say to any angry gods that I’m not bragging, so please don’t smite me. I hope I haven’t just fallen off some divine pestilence list (God: “Geewhiz, that boy hasn’t had the flu since like 2002, lets send him a doozy… plus throw in a side of locust plague.”) I’m just stating a fact; I’m blessed with a mighty immune system and a lack of those plague-bombs commonly called children.

However, before you, too, begin to wish evil upon me for my freakish good health, let me say that when I do get a full-bore cold, it’s a catastrophic train wreck. This is because I have a proclivity for sinusitis. That means that all those tiny little tubes by which mucus flows from one chamber to the next in my head so that it can eventually be expelled into a facial tissue become clogged up. This creates an effect similar to a trucker’s strike at a dildo factory. The phalli (phalluses?) keep coming off the line, but none of them are being shipped out, so soon everything is fucked. When I tap on the highest point on my head it sounds like one thumping on a perfectly ripe watermelon. GROSS CONTENT AHEAD: (If you’re disgusted easily, skip to the next paragraph.) So, last night my left side passages were so blocked that pus was oozing out around my left eye, and I began to have an earache as the pus tried to escape out my ear only to find my eardrum in the way. END GROSS-OUT ZONE.

So you might be expecting that I had a sleepless night and have a doctor’s appointment this morning. I’ve gone that route before. I know exactly what the doctor would do, she’d write a prescription or two: one for a round of antibiotics and one for something to reduce the pain. As a skeptic, this is the approach in which I should put my trust. They develop these medicines using the scientific method and double-blind studies.

What did I do? I diced up some ginger and made a steaming cup of ginger tea and, as it steeped, I ran through a couple qi gong exercises. Then, after drinking the tea, my passages opened up, I blew my nose and slept soundly for about four hours until it was time for me to get up and start my day. As a skeptic, Traditional Chinese Medicine (TCM) isn’t the horse on which I should put my money. It all revolves around chi (qi), life energy, a substance whose existence is to the best of my knowledge is completely unsupported by direct observation. It’s chocked full of archaic sounding treatments like “Immortal spanks the naughty dragon.” (Okay, I made that one up, but you get my point.) TCM proposes that the kidneys are integral to sexual health.

So why am I pressing acupressure points, doing qi gong (life energy exercises), and making homemade tea? The easy answer would be that, if I hadn’t, I probably would have gotten five non-consecutive minutes of sleep last night, and I’d, at best, now be sitting in a waiting room with my skull in my hands hoping to be squeezed in to a doctor’s busy schedule.  However, I have more of an explanation than that.

I don’t know much about medicine (either Western allopathic  or TCM.) So in the absence of knowledge about what one doesn’t know, one seeks analogy in what one does know.  First, everything I know makes me distrustful of the  “free lunch.” To my mind, the Western approach, in which I don’t have to do anything but pop pills periodically, is a free lunch scenario. If I to be active (or even consciously passive, i.e. restful) to achieve my cure, I’m inherently  more confident in it. In the martial arts, we groan at the sight of these “home-study black belt” courses. Any martial artist who is honest with himself or herself knows that the only way to develop the skills is by spending at least a couple of days a week in the dōjō and training outside the dōjō as well. One can’t learn martial arts like one learns music appreciation or business administration. As an economist, there’s always some hidden cost of the “free lunch.” So despite the vigorous use of the scientific method, I tend to be skeptical of Western medicine.  I’m skeptical because nothing worthwhile I’ve ever done could be achieved by just popping a pill, and I see little reason why achieving a healthy state should be any different. [If anyone knows of a pill for manuscript revision, I’d be willing to try it.]  (I’m particularly disconcerted by medicines like pain-killers that remove the symptoms while apparently doing nothing about the ailment itself.)

So I can’t say for sure whether the ginger tea, acupressure, and qi gong had anything to do with my passages opening up. It was, after all, a system under tension. GROSS-OUT BEGINS: At some point either the passage was going to open, my left eyeball was going to pop out of its socket, or my eardrum was going to rupture sending an avalanche of pus pouring onto my shoulder. GROSS-OUT COMPLETED. However, even if all the TCM approach did was to take my mind off of my misery while I was waiting, it did more for me than the pill-popping alternative.

Second, I also know a little something about systems, generically speaking. Another thing that appeals to me about TCM is its fundamental recognition that any problem will create feedback effects that reverberate through the system.  In other words, the root cause may not be anywhere near where the problem is first noted. Because of this, one may end up having to fix a dysfunction distant from the symptom in order to fix the problem. This seems consistent with other systems with which I am familiar.

Now let me be clear, I’m not dismissing Western medicine by any means. There are some things it does vastly better than TCM or Ayurvedic healing or any other holistic healing method. So if I show up in your Emergency Room with a piece of rebar sticking out of my skull, please don’t throw this back in my face. “Oh maybe you should massage the Valley of Harmony (LI-4), do some ‘Parting the Clouds,’ and drink a glass of lavender-infused carrot juice.”

The Secrets of Self-Healing title is a little bit of a misnomer. This book is not so much a collection of secrets as an overview of Traditional Chinese Medicine (TCM.) This is probably not so much an attempt to defraud as it is a sound marketing strategy. In America one can sell something as a “secret” even if it’s been done for 3000 years in the open– if it’s from China.

The book is divided into two parts. The first (between 1/3rd to 1/2 of the book)includes an overview of such topics as yin/yang, the five elements, nutrition, herbs, supplements, exercise [qi gong], and acupressure meridians. It also includes information about how to diagnose problems from external cues (i.e. examining the face, tongue, and hands in particular.)

The second part is an ailment-specific reference section. For 65 of the most common ailments, the book gives six-part advice on diet, home remedies, dietary supplements, herbal remedies, exercise, and acupressure.

It mixes some modern medical science in along the way, where it is useful.

I found this book to be approachable and informative.