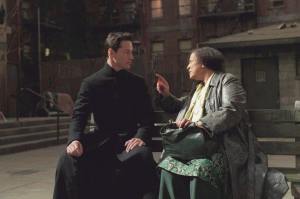 Quote: No, you’ve already made the choice. Now you have to understand it.
Said by the Oracle to Neo in “The Matrix Reloaded” as they discuss a dream in which he sees Trinity falling.

Interpretation: Studies in neuroscience have repeatedly validated the notion that by the time we think we’re making a decision at a conscious level, we’ve already made it on a subconscious level. While many suggest this means that the verdict is in and free will is completely illusory, another way of looking at it is that one must understand one’s decisions in order to begin to regain the rudder on one’s life. 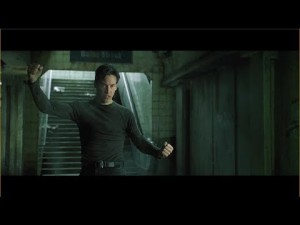 Quote: He’s beginning to believe.
Said by Morpheus to Trinity in explanation of why Neo isn’t running from Agent Smith in the subway.

Interpretation: My mother used to say, “If you don’t run, he won’t chase you” with respect to being chased by my older brother. It seemed like insane advice at the time; the alternative to being chased being beaten down. However, now I can see that even taking a butt-whooping elevates one’s spirit over engaging in prey behavior. 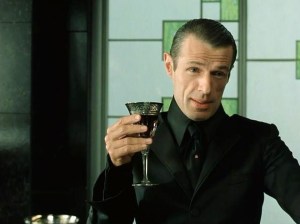 3.) Wisdom: Rationality is a thin veneer.

Quotes: Beneath our poised appearance we are completely out of control. & It is remarkable how similar the pattern of love is to the pattern of insanity.
Said by the Merovingian to Morpheus, Trinity, and Neo.

Interpretation: While one might like to dismiss the Merovingian’s comments as the cynicism of a hedonist, the undeniable fact is that we have animal biology and it influences us more than we pretend. 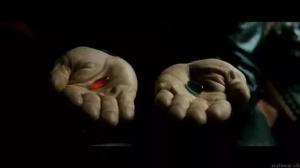 2.) Wisdom: The world contains more Cyphers than not.

Quote: Ignorance is bliss.
Said by Cypher to Agent Smith as he plots his subversion in order to be put back into the Matrix.

Interpretation: Most people are happy with their illusions, rely on them as coping mechanisms, and will respond unfavorably to attempts to strip them way. The illusion in question may not be so much that the world is completely fake as much as biases such as the self-serving bias (i.e. people attribute successes to their inherent awesomeness but blame failures on external sources.)

1.) Wisdom: There are limits to being cerebral.

Quotes: Don’t think you are, know you are. & There’s a difference between knowing the path and walking the path.
Both are said by Morpheus to Neo. The former quote is delivered in the sparring program when Neo isn’t performing up to his potential. The latter is said after Neo & Trinity rescue Morpheus and Neo tries to tell Morpheus what the Oracle revealed, but Morpheus quiets him with said words.

Interpretation: I hope I haven’t muddled this bit of wisdom by choosing quotes in which Morpheus uses the word “know” in two different ways. In the first quote, Morpheus contrasts knowing with thinking, and he means that Neo must not treat it as an intellectual exercise, but rather feel its inherent truth deep down. In the second quote, he contrasts knowing with doing, and in this case “knowing” is the cerebral / thinking activity in comparison to doing (i.e. “walking the path.”) However, the gist is the same, you must approach some things–to use the Oracle’s words–balls to bones.

7 thoughts on “5 Bits of Wisdom from The Matrix Movies”