Reading translated novels is a good way to gain insight into the culture and history of a country in a way that is both entertaining and that exposes the deep nuances of national character. I’ve selected works that both highlight aspects of culture and / or history and that are pleasant reading–some are humorous and others are adventures, but none are drudgery.  (Includes two Nobel Prize winners and one guy who gets nominated every year only to have the prize handed to folk-rock musicians or the like.)

[The hyperlinks go to my review of said book in GoodReads.]

1.) The Good Soldier Švejk by Jaroslav Hašek (Czech): The lead character in this farcical comedy is a bumbling, but likable, idiot who is drawn into military service. The book highlights the fact that in times of war the greatest acts of idiocy are not perpetrated by greatest idiots. 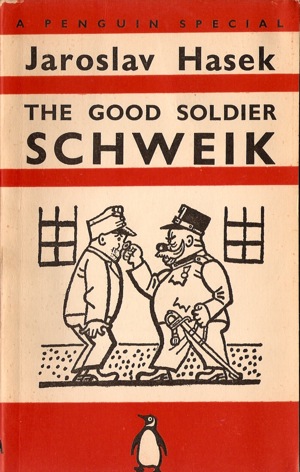 2.) After Dark  by Haruki Murakami (Japan): One can’t go wrong with Murakami. I almost picked Norwegian Wood, which is more a work of realist literary fiction, but this novel about what happens when the trains stop running in Tokyo may shed a little more light on Japan. (anti-pun not intended.) 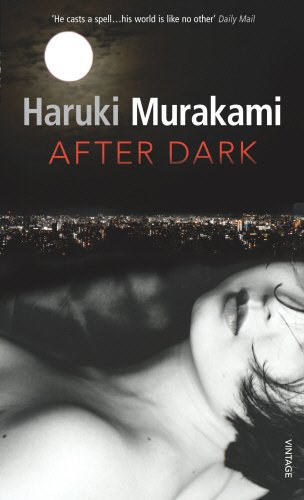 3.) Eclipse of the Crescent Moon by Géza Gárdonyi (Hungary): The story of how a small Hungarian castle village held out against a siege by the Ottoman juggernaut. 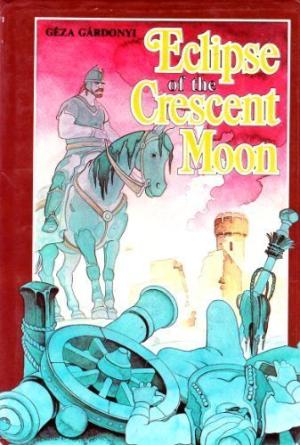 4.) Death in the Andes by Mario Vargas Llosa (Peru): When three men disappear from a small mining village in the Andes, the Army sends a Corporal and his deputy to investigate. 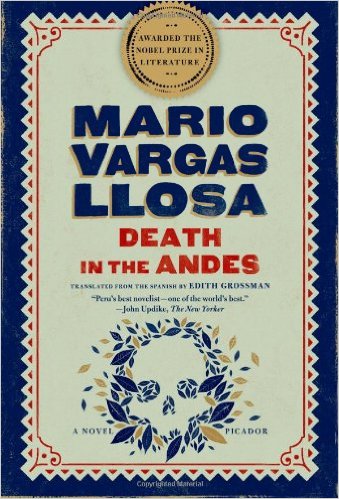 5.) Life and Death are Wearing Me Out by Mo Yan (China): A wealthy land owner is executed during the Communist revolution and must live out several lives as various animals in the service of the family of his [former] beloved hired-hand. The books shows the generational change between when China first became Communist through the reform period that led to a more market-friendly approach. 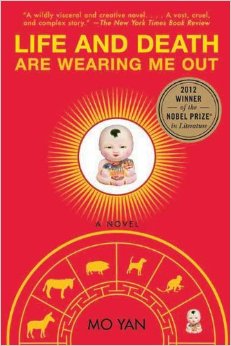 Haŝek’s novel is a satire of war and the absurdities that arise therein. It’s a novel in the vein of Heller’s Catch-22 and Vonnegut’s Slaughterhouse Five. It predates those novels, and is set around World War I–rather than those other novels’ World War II bases.

The novel begins at the outset of the First World War, and revolves around the title character, Ŝvejk (also spelled Schweik). Ŝvejk is an enigma. Believing that no man can be so stupid, authority figures are constantly suspecting him of being a saboteur or a goldbrick. It’s never made clear whether Ŝvejk is a brilliant con artist or the complete dolt he appears to be.

The story follows Ŝvejk from some ill-considered statements about the Archduke Franz Ferdinand that get him in trouble through to his unit’s advance on the front lines of the war. He leaves behind his job selling mangy dogs with forged pedigrees when he’s drawn back into the military (he’d previously served and been released as feeble-minded.) Along the way, he spends time as a chaplain’s assistant and a batman (a military officer’s servant, not the superhero)—that is, after he gets released from a lunatic asylum.

Ŝvejk is, at once, the best and worst of soldiers. He is honest to a fault, except when lying in the service of others—at which point his lies are inevitably humorously transparent. He isn’t a free-thinker and will follow orders—as best he can remember or understand them—to their, often absurd, bitter end. Of course, the flip side of this is that he doesn’t know how or when to speak, and while he’s not a free-thinker, nor is he much of a thinker–period.

The following quote sums up why Ŝvejk is the best and worst of soldiers: “Beg to report, sir. I don’t think because soldiers ain’t allowed to. Years and years ago, when I was in the Ninety-first Regiment, the captain always used to tell us: ‘Soldiers must’nt think. Their superior officers do all their thinking for them. As soon as a soldier begins to think, he’s no longer a soldier, but a lousy civilian.’” This is the mantra Ŝvejk lives by, and it serves no one well in the volatile and mercurial world of war.

Ŝvejk isn’t the only comedic character in the book. There’s a drunkard Catholic priest of Jewish ancestry for whom Ŝvejk serves as an assistant until the priest lost him in a card game. There’s another batman who’s constantly hungry, and eats anything he can get his hands on–even if it’s the private stock of the officer for whom he works. There’s a reserve officer, Lieutenant Dub, who is always trying to show how tough he is but is constantly foiled by Ŝvejk’s frankness and naiveté.

There’re also straight men such as Lieutenant Lukas—the man who wins Ŝvejk’s services from the chaplain, and who comes to rue the day he did. Lukas is a competent military officer with a good head on his shoulders. But Ŝvejk’s bumbling antics are constantly getting the Lieutenant in hot water, and he finds Ŝvejk to be the proverbial bad penny. A prime example of Lukas’s regret comes when Ŝvejk gets the Lieutenant a dog that he knows is stolen, but that turns out to be rightfully owned by a Colonel.

Another straight man is the Quartermaster who knows enough to ignore the first order to draw rations because the military never moves as quickly as the officers think it will. (Incidentally, the best piece of advice I ever got when working with bureaucratic organizations was to always ignore new directives that seemed asinine because eventually most will die on the vine.)

This book is humorous, if not hilarious. One of the funniest episodes is when Ŝvejk is cast in with the malingerers and has no idea what they are talking about as they discuss their strategies for staying out of the war. Another is when the officers devise a code based on an obscure book only to discover that it’s a two volume set and they’ve dispatched the wrong volume as the key.

Much of the humor comes in the form of Ŝvejk’s dialogue. He’s a gregarious chap who rambles on at the most inopportune times. Some classic Ŝvejk quotes include:
-“I’m feeble-minded, fair and square.” (when accused of being a cunning malingerer)
-“I’ve been cross-examined once and they chucked me out. And what I’m afraid of is that these other gentlemen who are here along with me are going to have a grudge against me because I’ve been called for cross-examination twice running and they’ve not been there at all yet this evening.” (upon being called back for a second round of interrogation)
-“Pigs might fly if they had wings.” (when accused of being a spy, and asked whether he’d have taken pictures if he’d had a camera)
-“I used to serve under a Colonel Flieder von Boomerang, or something like that, and he was just about half your height. He had a long beard, and it made him look like a monkey, and when he got ratty he used to jump so high that we called him India-rubber Daddy. Well, one day—“ (upon being accused of having no respect for his superiors)

One of the weaknesses of this novel is its rather abrupt ending. This is because Haŝek was only two-thirds of the way through with the novel when he died of tuberculosis. It’s not that there is no ending, but it reads like just another turn of events that Ŝvejk would eventually bumble his way out of. Of course, that’s likely because that’s what the author intended it to be.

As with Heller and Vonnegut, Haŝek’s novel benefits from his personal experience. He was drafted into the military and spent five years as a prisoner of war in the hands of the Russians. (A situation that somewhat mirrors the experience of his protagonist.)

If you like war satire, you should pick up The Good Soldier Ŝvejk.