I Participated in Wallenberg’s Rescue Operations by Paul Marer
My rating: 5 of 5 stars

Inquiries about purchasing the book can be made here.

In 1944, the Nazis were working to eradicate the European Jews. Among the last major Jewish populations accessible to Hitler that had yet to be shipped to the death camps were those from Budapest. Among the most effective forces arrayed against the Nazis and the Arrow Cross Militia (the Hungarian fascists) in the days before the Red Army arrived were neutral nation diplomats who issued protective documentation, offering at least a thin shield of legal protection that saved thousands of lives.

Perhaps the most intriguing story of such diplomats is that of the Swedish envoy, Raoul Wallenberg – not because his operation was bigger or riskier than those of the others, but because his story didn’t end with the war. Wallenberg was captured by the Soviets at the end of the Siege of Budapest for reasons that remain speculative, and he died in a Soviet prison. This book draws on the experience of Marianne Bach, a young member of Wallenberg’s team. Given the loss of Wallenberg, and the fact that the other members of his operation are now deceased, Bach’s story is an important last chance to learn more detail about what happened in Budapest during those dark days.

The book is chronologically arranged. The first two and the last three chapters discuss Marianne Bach’s life before and after, respectively, her days working as part of Wallenberg’s team. A reader might dismiss such chapters as humdrum, if necessary, background information, and starkly contrast them with the more high-octane, life-and-death, fascist-fighting core of the book. However, Marer fixes his sights on an intriguing focal point throughout these chapters, identity (and crises, thereof.) Both before and after the war, Bach was challenged by questions of identity – religious, cultural, and national identity. Living abroad, she was a foreigner, but at “home” in Hungary there’d been a great effort to eliminate her people. It was smart to focus on events and questions at the crux of identity. It makes these chapters engaging to a degree that a broad biographical sketch would be hard-pressed to achieve.

The core of the book (ch. 3 – 8) doesn’t just tell Bach’s story – in fact, it doesn’t just tell the Wallenberg story, it delves into the broader question of the fate of the Budapest Jews and all those who intervened to save whomever they could. This isn’t to say that the closeup story is absent. Readers get a detailed view of the operations that Bach was involved in and an overview of the Wallenberg story – including discussion of his fate as a secret Soviet prisoner. It’s just that those closeup stories are embedded within a broader context that includes activities like Carl Lutz’s Glass House operation, Hitler’s order to take over of Hungary before it could defect from the Axis, and the Danube executions by Arrow Cross Militiamen that followed that takeover.

This book provides a gripping examination of a disturbing time, and I’d highly recommend it. 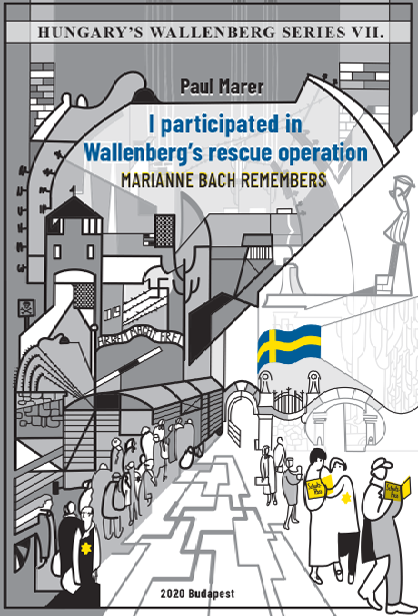