On January 1, 2020, we returned to Bangalore from Doha, Qatar — a long layover to thaw from Christmas 2019 in Budapest. Little did we know, this would be the only time that we’d be outside of India all year. Late in 2019, we’d been spit-balling 2020 travel to two or three other countries, one of which — China — rapidly became unlikely given the epidemic rippling out from Wuhan.

With COVID-19 cases in India still paltry and concentrated in a few locations, we went forward with our early March Holi trip to Jaipur, followed by Hola Mohalla in Anandpur Sahib — traveling via the bizarre planned city of Chandigarh. This trip would be our last by airplane for 2020. Mid-March was when the virus started to be viewed as worrying, and, by late March, an extensive lock-down would be implemented that would keep us home until mid-summer.

There was a bright side to the restrictions. India has many sights that are difficult to get to, but which are worth seeing, including many in our home state of Karnataka. Therefore, when restrictions eased and intrastate travel became possible, we focused on seeing some of the South Indian sights that we’d never gotten to before — mostly because they were relatively inconvenient to reach.

Our first, tentative, explorations were just outside Bangalore at the beginning of July. One of which, Ramanagara Hill, we’d visited on previous occasions. The other, Chennagiri Hills, was new, but it was right next to Nandi Hills — a place we’d visited previously. All went well, except that, as we hiked down from Chennagiri Hill, an irritated official griped at us that it was closed (since said official apparently didn’t get to his post ’til about noon, we — and numerous other trekkers — had already passed through without knowledge that it was “closed.”) 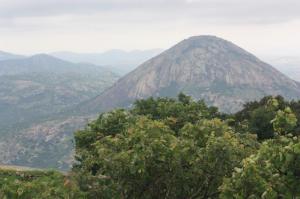 For the rest of the year, our travel focus would be on reaching some of the fruit beyond the low-hanging bits we’d already seen. In late August, we traveled to Gokarna and Jog Falls, the former is the most popular beach destination in coastal Karnataka and the latter is the second highest plunge waterfall in India. 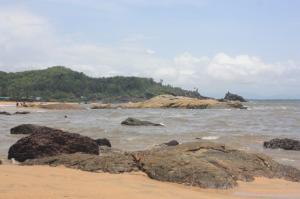 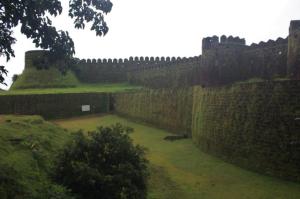 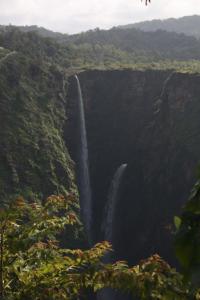 In October, we ventured out to the Sakleshpur area, a locale on the road to Mangalore near which we saw a sunken cathedral, a star-shaped fort, fog-enshrouded mountains, and some lesser-known Hoysala temples, (having seen the famous Hoysaleswara Temple at Halebidu as well as the one at Belur on previous occasions.) 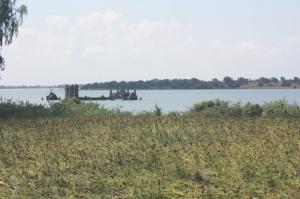 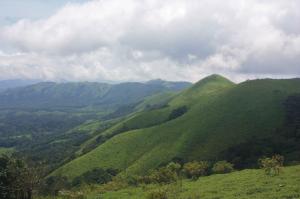 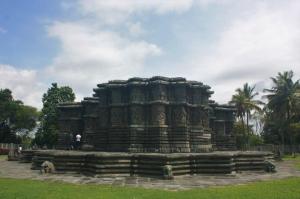 At the end of November, we participated in a North Karnataka tour run by the State Tourism Corporation (KSTDC.) The tour included Hampi, which we’d visited previously, but we still managed to see a couple things we’d missed on our first visit. The bulk of the tour, however, were places that were entirely new to us, including: Badami Caves, Pattadakal, Aihole, and Vijayapur (Bijapur.) The tour highlights were Badami and Gol Gumbaz (in Bijapur.) This trip went off without a hitch other than a learning curve about ASI’s (Archeological Survey of India’s) new system by which one had to purchase tickets online. The biggest problem we faced was that many of these sites are in places with — at best — spotty cell coverage. The part that was not so much a problem but an offense to logic was that, while the system was meant to reduce interpersonal contact to fight COVID [no need to exchange money with a ticket taker,] theory and practice diverged and — in practice — it usually meant about eight different guys handling one’s phone in lieu of the single-point of contact of a ticket-seller. 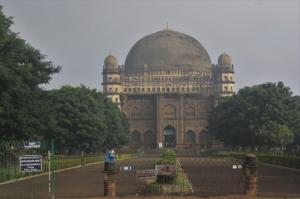 That brings us to December, which was the first and only time this year (since returning from Doha) that we traveled outside of the state of Karnataka. We toured southern Tamil Nadu. The trip started with a sleeper bus down to the tip of India. [The tip of peninsular India. The point in India that is furthest south is on an island in the Nicobar archipelago, but Kanyakumari — where we visited — is a town where the landlocked piece extends furthest south.] We then took a car from Kanyakumari to Rameshwaram, a pilgrimage town located out on an island that juts toward Sri Lanka, passing huge wind farms and salt “fields.” (The latter look a bit like unplanted rice paddies.) From Rameshwaram, we rode over to Madurai before catching a bus back to Bangalore.

So ended our year in travel.

On Saturday our 2021 travel is supposed to begin with another KSTDC tour of Nagarhole (a national park that is home to tigers and elephants) and Bylakuppe (the largest Tibetan settlement in southern India.) After that, who knows? 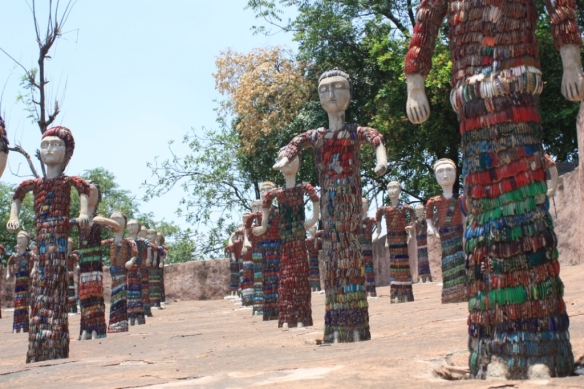 Taken in Chandigarh in June of 2015 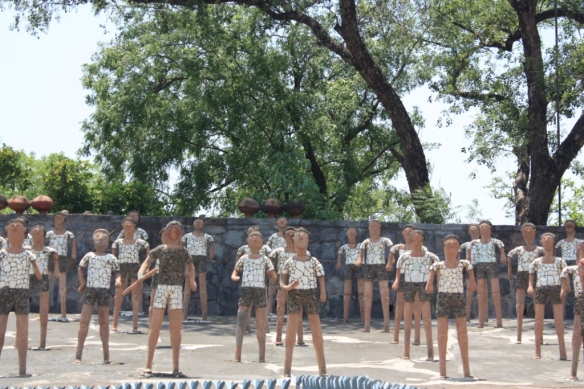 The best “futuristic” can aspire to is to become retro-chic —
like the ship sets from the 60’s Star Trek.

Yet, we can’t help but try to capture tomorrow, today —
only to create today’s vision of tomorrow’s dystopia.

If Asimov wrote about a man who finished his work at a typewriter
only to catch a trans-galactic shuttle —
what hope could Le Corbusier have of finding the future?

Perhaps, the future has arrived:
Where else in urban India can one drive a mile
without rounding a corner to stop for livestock, playing children, or a parked truck.
One can cross Chandigarh in twelve minutes flat.
Crossing Bengaluru requires four hours,
non-inclusive of stops for gas and a hardy biryani.

But that massive tic-tac-toe grid is built
of neighborhoods constrained inside block walls.
As one speeds through town, with nary a car in sight, one wonders
where is the life?
is this still India?
have I slipped through a trans-galactic teleportation portal?

Perhaps, the future has arrived:
Where else in urban India can one see:
battleship gray unadorned by marigolds or ochre
and wonder where the windows of the future went
and whether people of the future
ever idly peer off out toward the horizon?

Taken in June of 2015 in Chandigarh 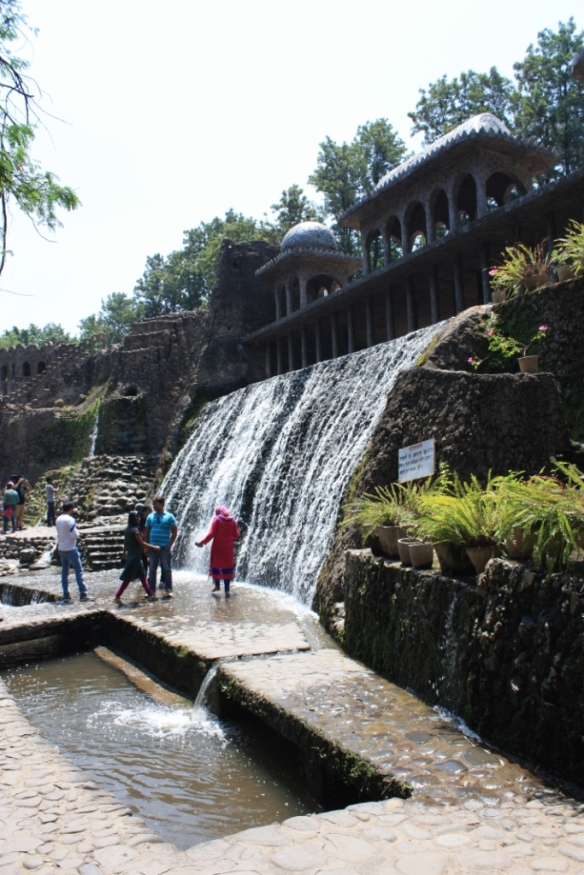 Taken on June 26 in Chandigarh

All made from porcelain from broken dishes, toilet bowls, wall tiles, etc. This is the Phase III open space. (Most of Nek Chand is labyrinthine.

Taken on June 26, 2015 at Nek Chand Rock Garden in Chandigarh

What’s interesting about this batch of statues at Nek Chand is that nobody wears shorts in India (let alone short shorts.) If you see someone in shorts, you can be certain they’re either a tourist or part of a very specific demographic (i.e. 20 to 25 year olds of middle / upper-middle class backgrounds whose all-time favorite television show is either “Big Bang Theory” or “How I Met Your Mother.”)

Incidentally, the Nek Chand Rock Garden is the highlight of a trip to Chandigarh, and shouldn’t be missed. It’s a labyrinthine park made out of recycled materials. A lot of these materials–particularly for the early phases of the project–came from the villages that had been torn down to make room for the new city. On the order of fifty villages were razed so that India’s premier planned city could come to fruition.