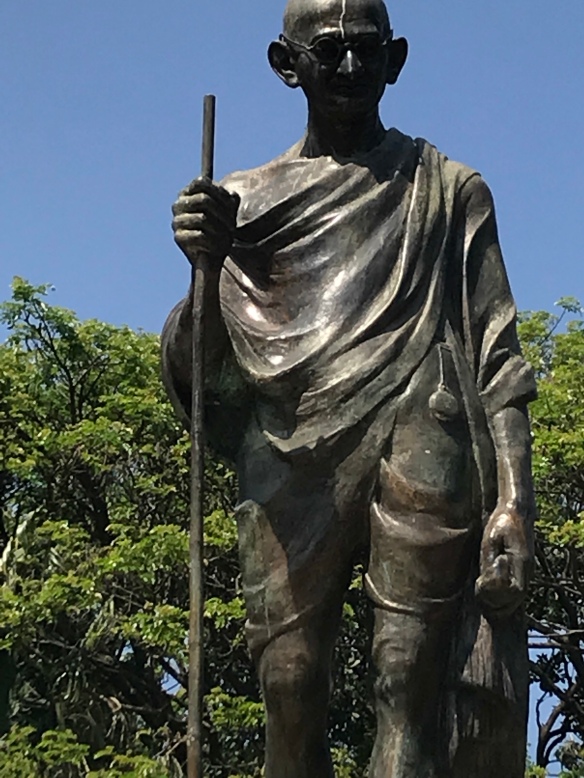 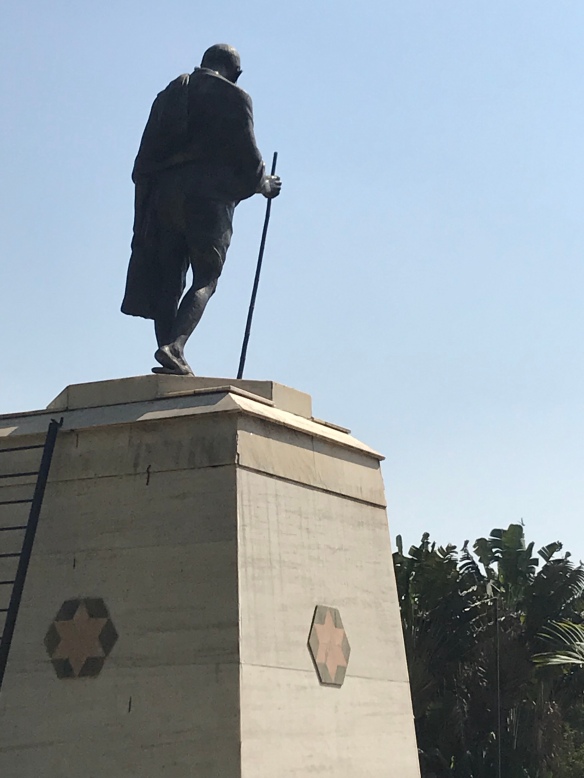 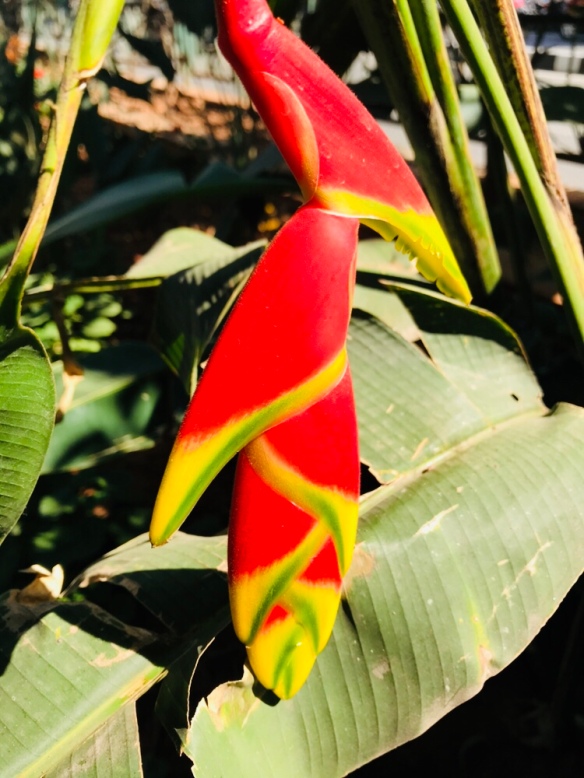 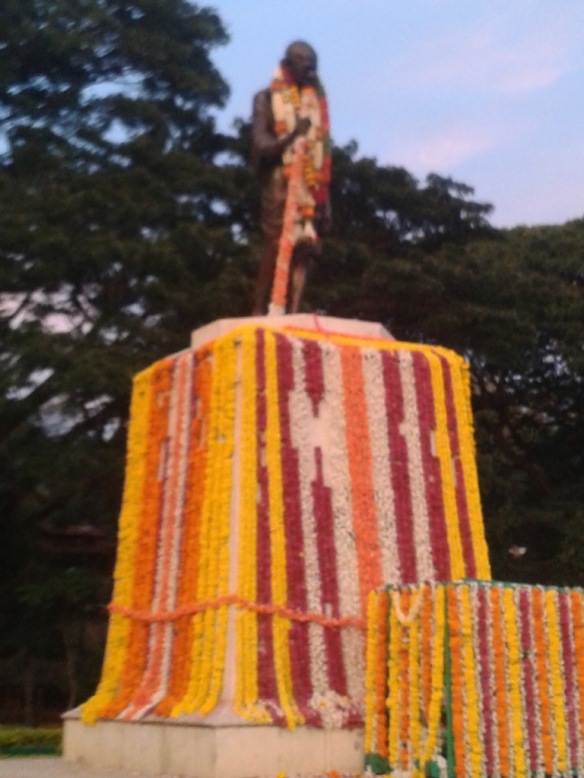 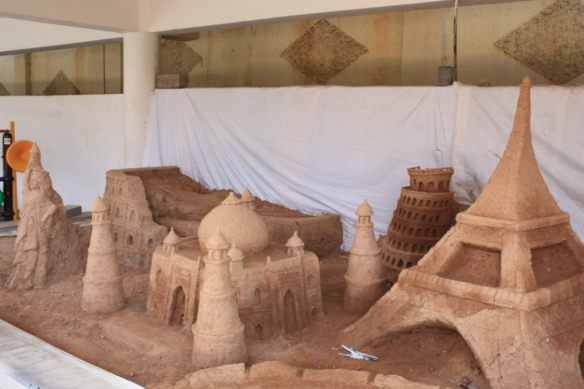 I’ve been a delinquent poster as of late. However, I took some photos over the past few days so that I can at least resume my Daily Photo posts.  Look for some Book Reviews in the near future and after a week or two I should be up to writing some posts about my adventures in the study of Yoga, Thai Yoga Bodywork (and Tok Sen), and Kalaripayattu.

This was taken at the art station that runs along MG Road between MG Road Station and St. Mark’s Road. This area displays a mix of permanent and temporary exhibits. This exhibit, made out of sand, obviously fits in the latter category. It consisted of seven prominent man-made creations. (While the display poster referred do the  seven wonders, some of the depictions were part of the traditional seven wonders–e.g. the Great Wall, Taj Mahal, and the Roman Colosseum, and others were not–e.g. the Eiffel Tower and Statue of Liberty.) 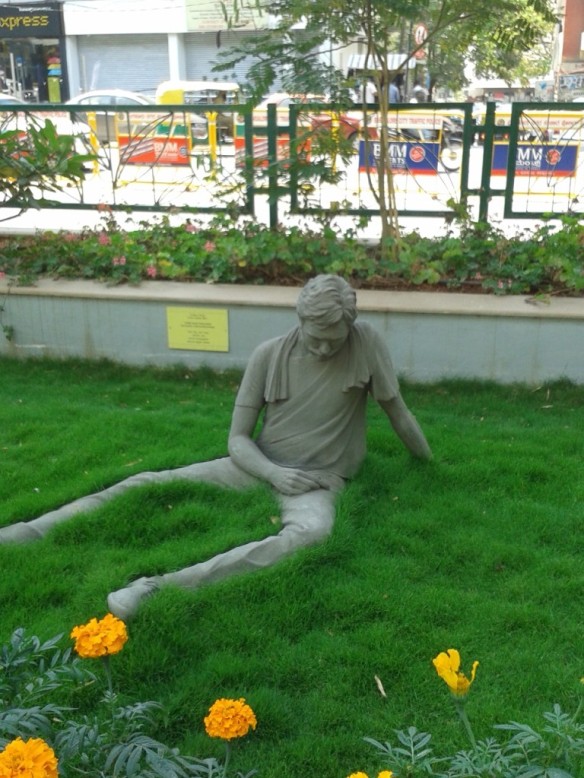 This sculpture is on the MG Road Art Station promenade. If it were an actual guy, he’d be hauled off to the drunk tank, but because he’s stone, it’s art. 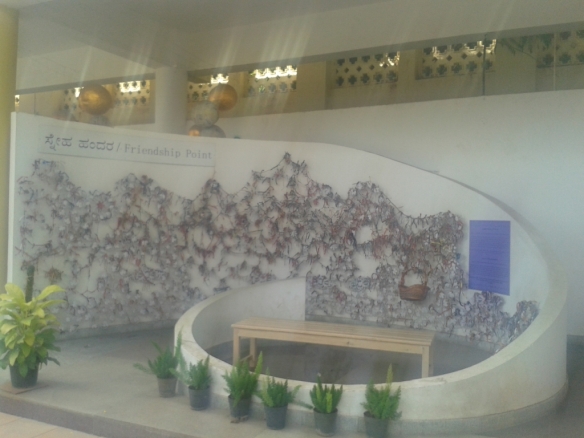 Sorry for the haziness, I’m experimenting with taking shots with a phone. I normally use a DSLR, but no matter how long I live here I won’t be able to convince people (mainly drivers and hawkers) to leave me be to take my daily walk in peace with a clunky camera on my person. When you say you live here and are not a tourist, but you have a DSLR around your neck, you can see the “Does Not Compute” light come on in their head as their brains prepare to explode. However, with a phone one gets many fewer interruptions. 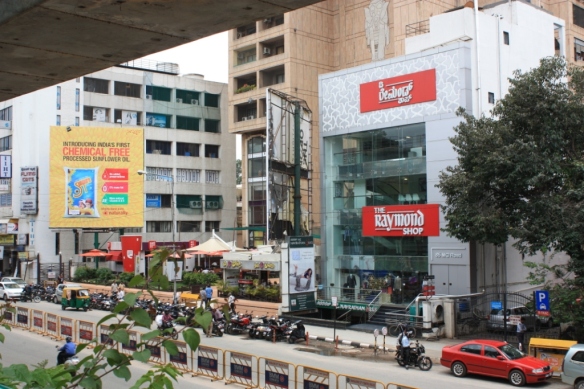 Taken in September of 2013 in Bangalore