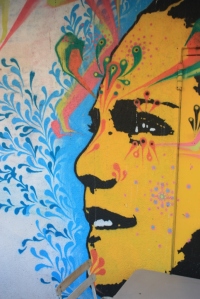 People were too high on pseudo-vindication to mourn the death of journalism. Each day they got a tsunami of information and information-like content that confirmed the world was as they believed (and wanted) it to be.

No matter where one fell on the political spectrum, one could find a site that would ensure that not a single wrinkle of cognitive dissonance would ever befoul one’s brow. Uncomfortable and inconvenient facts were weeded by roving teams of hourly workers.

One might think being a merchant of misinformation would be easy work, having no concerns about factuality. Verification — at most — required a positive focus-group score, rather than time-consuming and often unfruitful research.

But, the shear volume of keeping people hip-deep in content required off-shoring to destinations where one’s readers’ heroes and villains were often unknown. It was hard for the meme-makers in Moscow and Manila to keep square who pleased which Americans. How could the cubicle-dwellers construct appropriate quotes to attach to pictures if they weren’t sure if that person was on the naughty or nice list. Heaven forbid a staffer mislabel a photo — putting it in the “loved” and not the “loathed” folder. Worse yet, what if an actual quote from the pictured person was attached? Talk about egg on the face.

[Fortunately, the explosion was captured on video and will make a sweet meme.]

In the past, archaeologists had few fragments with which to reconstruct dead civilizations. After the Infocalypse, the archaeologists will be in an ocean of information, thirsting for a fact.

7 thoughts on “Merchants of Misinformation, or: After the Infocalypse”

Leave a Reply to B Gourley Cancel reply