If “tourist” and “traveler,” sound like synonyms, you — my friend — are a tourist [or possibly a homebody.]  The distinction is evident to travelers, and if you want to enjoy travel, you need to become a traveler. Otherwise, travel is just an ordeal to get through so you can check some boxes and take some obligatory photos. 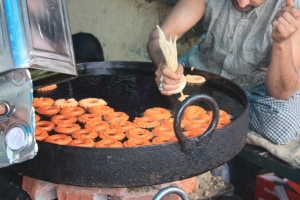 5.) Travel is miserable for those who are attached to having their food and beverages just so. The food will not be as you are used to. [If this is part of the beauty of travel for you — congratulations, you’re probably a traveler.] Foods and beverages that you consider staples will be completely unheard of, and foods you find bizarre and of dubious edibility will be ubiquitous.

This may sound self-evident, but travelers know what I’m talking about. For they have witnessed the woman at a beachfront cafe in coastal Cambodia send back her milk tea three times with explicit instructions because “it just doesn’t taste the same as in Bristol.” They have heard the rant of a Philadelphian who wonders aloud why he can’t get a decent cheeseburger in Rishikesh. 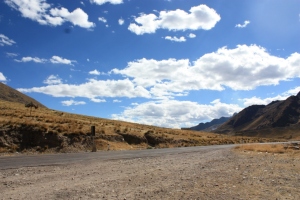 4.) A traveler must be ready to throw out an itinerary and wing it on a moment’s notice. While traveling in Peru many years ago, my wife and I were booked on a bus from Arequipa to Cusco to catch our flight back to the United States. The problem was that a spur of the moment transportation strike made the road to Cusco impassable until the day after our flight home.

After indulging in a bit of a tourist-like tirade about how this doesn’t happen in other countries, we exchanged our tickets to Cusco for tickets to Lima and caught our flight at its layover.

Travel often doesn’t go as expected. While it often feels reassuring to have every hotel night, bus, train, and ferry ride booked ahead of time, sometimes it pays to have some strategic flexibility built into an itinerary. [This isn’t to suggest that one shouldn’t book anything ahead of time. Some people do that, and it’s the mark of the vagabond — an especially flexible variety of traveler — but it’s not without its risk of being stuck somewhere one doesn’t want to be for longer than one wants to be there.]

Here is what I realized: While it can be stressful to have weather, strikes, coups, or industrial-scale accidents mess up your plans, that’s where one gets one’s good stories and learns the high art of adaptability. If that idea mortifies you, you still have work to do. If you can nod your head in appreciation, you’re probably a traveler. 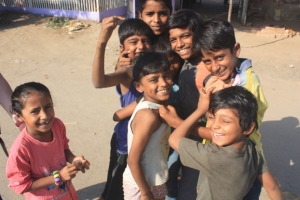 3.) Everywhere you go, most people are pretty normal. I realize “normal” is a loaded term that could be taken in all sorts of wrong ways. I’m just saying that the run-of-the-mill people you’ll run across will be polite and share the same kind views about what is appropriate behavior (in a broad sense) as do you. (And, the more one’s mind gets stuck on the fine differences to the contrary, the more likely one is a tourist.)

One mistake that keeps many people from traveling (and makes others book their travel such that they have almost no interaction with the actual foreign population or culture –e.g. cruises and group tours) is selection bias. Tourists overestimate the dangers of places and people because their only exposure to such locales and individuals is via the news, and one never sees “Fruit vendor gives tourist a free rambutan, film at 11” on the nightly news.

Furthermore, people are startlingly bad at geography and often compare what’s going on in other countries, regions, and (famously in the case of Africa) even continents with what’s happening in the area covered by their local newspaper. We’ve had friends express concerns about events happening — not only in another country — but roughly the distance between Orlando and Chicago away from us. 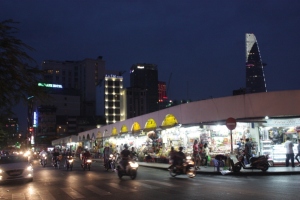 2.) Speaking of selection bias, where the tourists hang out in droves is also where you’ll find all the pickpockets, con-artists, and others up to no good (not that there are massive numbers of them) — because that’s where the money and naiveté are most densely packed. So, before you go spouting off about how such-and-such a city was a “crap-hole lined with pure evil,” get away from the tourist areas in order to see how regular folk generally behave.

Ex-pats, often after having experienced many horror stories dealing with tuk-tuk drivers and cabbies, usually find that — out of target-rich environments — it often doesn’t even occur to drivers to try to stick it to foreign passengers. 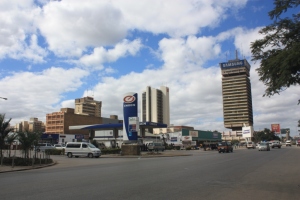 1.) Learning who is trying to manipulate you and who is just interested in you as a foreigner is a skill that can be learned safely and relatively quickly. However, it requires movable shields. Many people, being out of their element, instinctively put up “shields” — a combination of nonverbal communication and impulsive, preemptive “no” responses to any approaching individual. As an introvert, this is something I’ve particularly had to learn to be cognizant of because it tends to be my impulse to strangers approaching me — anywhere. (On top of that, my few years as a cop and many years in the martial arts made me prone to error to an irrational degree on the side of safety and security. Which isn’t to say that one should ever lose awareness or forget about security, but saying, “Move it along, Missy,” to a grandmother who’s asking about the weather in Tennessee because her granddaughter is studying Chemical Engineering at Vanderbilt is a tad… rude.)

Make appropriate eye contact, be aware of who else has taken an interest in you, and — of course — never go anywhere with a stranger (including drivers who approach you,) but it’s not necessary to shut everyone down impulsively (although introverts like me may still do so when drained of energy.)

And another thing, just because you’re in Berlin, Budapest, or some other city you’ve seen in James Bond or Jason Bourne movies doesn’t mean you’re likely to get approached by a secret agent or to be drawn into international intrigue or covert smuggling operations. I, for one, have yet to be.

If you’re still unclear where you fall, here are a few brief parting hints: