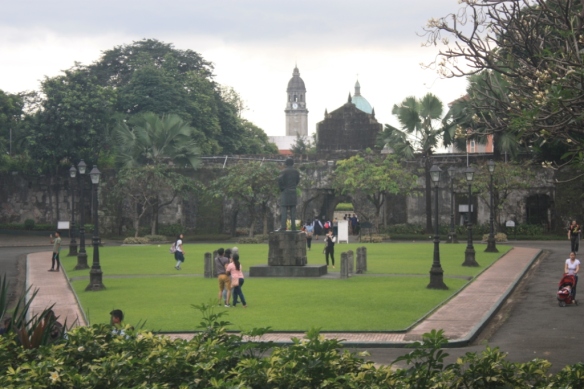 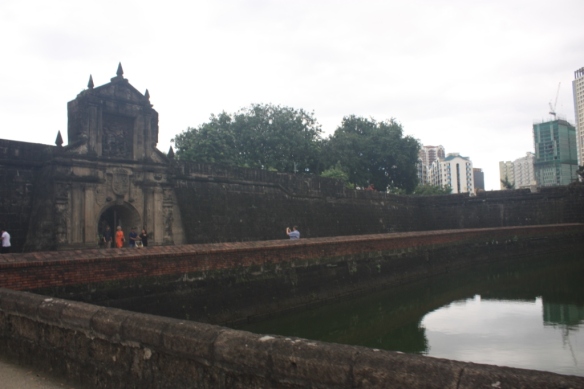 The Intramuros is the old fortified part of Manila constructed by the Spaniards during their reign. Back in the day, it was Manila proper, though there were “extramuros” (outside the walls) neighborhoods, such as the Chinatown set up across the Pasig for Chinese Catholics so that they could both have a place to live at a safe distance while being watched for the inscrutableness that was assumed to lurk in the hearts of foreigners.